HomePoliticsSenate To Send Delegation To London For Ekweremadu
Politics

Senate To Send Delegation To London For Ekweremadu 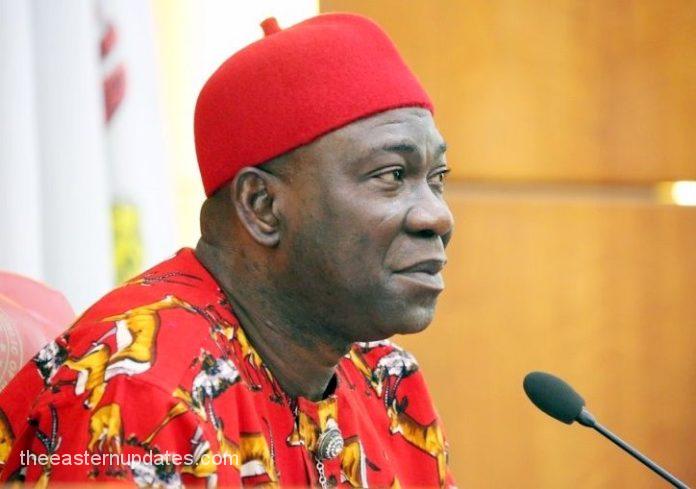 The Eastern Updates recalls that Ike Ekweremadu, who was the former Deputy Senate President had been embroiled in some controversy as he was detained alongside his wife over alleged “organ harvesting” in the United Kingdom.

Read Also: We Have Not Deserted Ekweremadu, Ohanaeze Clarifies

The Senate’s decision was after they met behind closed doors for two hours on Wednesday. The Senate President, Dr. Ahmad Ibrahim Lawan commended defence lawyers to Senator Ekweremadu and his wife, who he said were working hard to get them out of detention.

He disclosed that he met with the British High Commissioner who briefed him on progress of the case as well as details of what transpired. Lawan added that the Senate delegation would include the members of the Senate Committee on Foreign Affairs.

“The Senate delegation will include members of the Senate Committee on Foreign Affairs who shall travel out in two days time”, Lawan said.

As the controversies surrounding the arrest of Senator Ike Ekweremadu has also continued to build up, the apex Igbo socio-cultural organisation, Ohanaeze Ndigbo on Monday revealed it has not abandoned the senator who is facing trial in the United Kingdom over the alleged organ harvest of a minor.

The apex Igbo socio-cultural organisation debunked insinuations that it has disowned Ekweremadu following his ordeal, attributing the remarks to the handiwork of impostors.

A statement by the National Publicity Secretary of the group, Alex Ogbonnia which was made available to The Eastern Updates revealed that while it owed it a duty to stand with its own, especially in times of difficulty, it was, however, not in its character to hurriedly make statements over issues it lacked sufficient facts.

Ogbonnia expressed concerns over Miss Sonia Ekweremadu and fervently prayed that Ekweremadu, his wife, Lady Nwanneka, and family would overcome the current travails.

‘It is noteworthy that eminent Igbo patriots have at one time or the other, pleaded with impostors and pretenders to desist from reckless and unguarded statements that portray the Igbo in a bad light using the platform of the Apex Igbo socio-cultural organisation, the Ohanaeze Ndigbo Worldwide.’