We Have Not Deserted Ekweremadu, Ohanaeze Clarifies 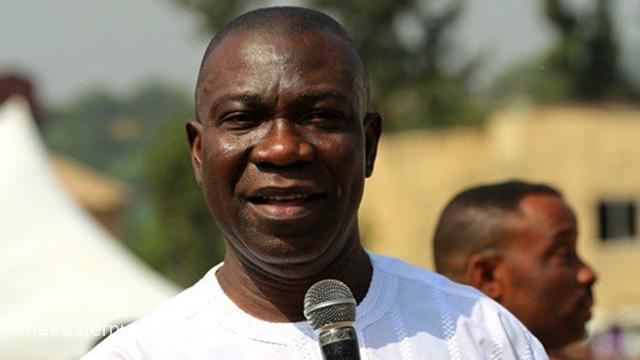 As the controversies surrounding the arrest of Senator Ike Ekweremadu continued to build up, the apex Igbo socio-cultural organisation, Ohanaeze Ndigbo on Monday revealed it has not abandoned the senator who is facing trial in the United Kingdom over the alleged organ harvest of a minor.

The apex Igbo socio-cultural organisation debunked insinuations that it has disowned Ekweremadu following his ordeal, attributing the remarks to the handiwork of impostors.

A statement by the National Publicity Secretary of the group, Alex Ogbonnia which was made available to The Eastern Updates revealed that while it owed it a duty to stand with its own, especially in times of difficulty, it was, however, not in its character to hurriedly make statements over issues it lacked sufficient facts.

Ogbonnia expressed concerns over Miss Sonia Ekweremadu and fervently prayed that Ekweremadu, his wife, Lady Nwanneka, and family would overcome the current travails.

‘It is noteworthy that eminent Igbo patriots have at one time or the other, pleaded with impostors and pretenders to desist from reckless and unguarded statements that portray the Igbo in a bad light using the platform of the Apex Igbo socio-cultural organisation, the Ohanaeze Ndigbo Worldwide.’

In a related development, the Senator representing Kogi West in the red chambers of the national assembly, Smart Adeyemi, has asserted that Senators would not abandon the former Deputy Senate President, amid the controversy of organ harvesting.

Adeyemi revealed that the Senators were making efforts to see how to support Ekweremadu despite the allegations of organ harvesting which has been arraigned for.