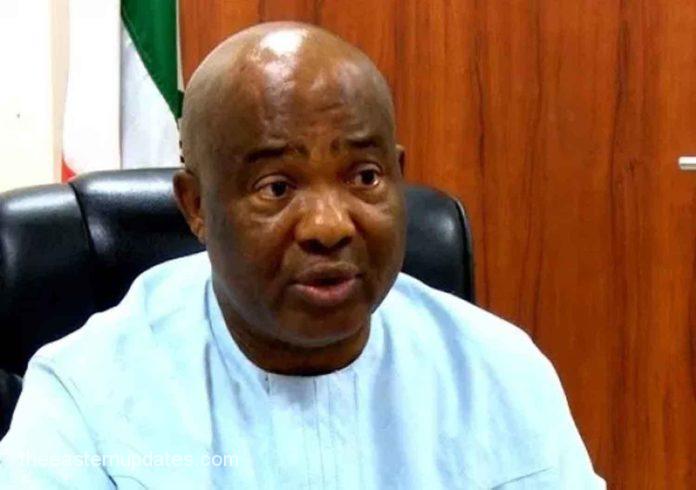 Senator Hope Uzodimma who is the Imo State Governor has slammed a 10-day ultimatum to bandit terrorists who have been operating in the state, while vowing to launch a full scale brutal attack if banditry persists in the State.

The Imo State governor also lamented that the state forests had become a haven for terrorists who have been parading as unknown gunmen.

Governor Uzodimma, while addressing citizens of the state at the Government House Chapel Owerri shortly after Sunday Service yesterday, reiterated that his government is about to launch an aggressive attack on the criminals. He also warned the criminals hiding in the forests to immediately relinquish their arms to their traditional rulers for unconditional pardon or face bombardment if they failed to do so.

He noted that not heeding the warning will result in severe consequences.

Uzodinma told the citizens that the government had procured the necessary equipment to comb the thick bushes, hence the need for those who wanted to be reintegrated into the society to take advantage of the amnesty and quit now and hand over their arms.

The Governor also said that Imo State will be hosting the annual Army Day Celebration from June 30 to July 6, 2022, and that no fewer than 10,000 military personnel drawn from the Army, Navy, Air Force, and the Police, among others, would be in attendance.

Uzodinma said they would be led by the Army Chief, the Naval Chief, the Air Force Chief, and the Police Chief, among others.

In another report, Governor Hope Uzodinma had openly urged the newly installed Archbishop of Owerri Ecclesiastical Province, His Grace Lucius Ugorji to make note of the fact that the Catholic faithful in Imo State are looking up to his new office for their spiritual wellbeing.

The State governor who stated this during the installation of Bishop Ugorji as the Archbishop of Owerri Ecclesiastical Province on Thursday, the 23rd of June, 2022 had also reiterated to the Bishop that the Catholic faithful are expecting a lot from him in the state and beyond.

Uzodinma said besides,” you are taking over at a time when the nation appears to be at crossroads. Sadly, we are witnessing the highest level of insecurity and youth restiveness than ever before.

“We are also witnessing the aftermath of a global pandemic and economic hardships which continue to test the faith of many citizens of the country. Thus, much is indeed expected from you as the Shepherd of the faithful.