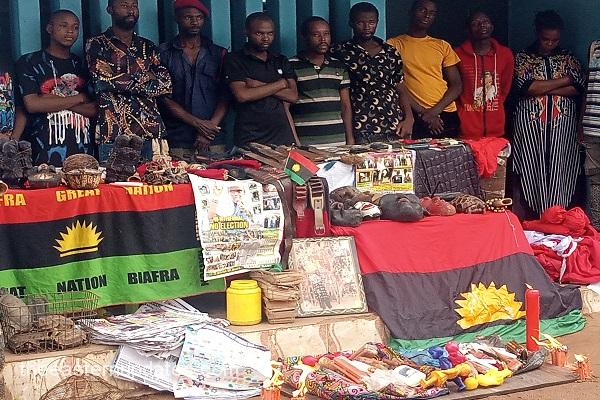 In a fresh announcement, the Imo State Police Command has on Monday made revealations that it has arrested and detained one of the suspected killers of Ahmed Gulak, a former Political Adviser to former President Goodluck Jonathan who was murdered last year in Imo State after a political function.

Parading the suspect who was identified as Anosike Chimobi, 38, from Umuedo, Ahiazu Mbaise council area of the state, Micheal Abattam who is the Police Spokesperson for the State Command, disclosed that Chimaobi was nabbed following a sophisticated investigation carried out by the operatives of the command.

Gulak was killed on May 30, 2021, on his way to the Sam Mbakwe International Cargo Airport, Owerri. Abattam disclosed that the suspect had already confessed to the crime, adding that he would be charged to court.

According to him, the suspect was among the “terrorists that murdered Ahmed Gulak on May 30, 2021, along Imo State Airport Road. Being involved in the burning of Aboh Mbaise, Ahiazu Mbaise, Ezinihitte Mbaise, Ihitte-Uboma, and Obowo police stations, he confessed to being among the terrorists who attacked the onions truck at Enyiogwugwu junction Aboh Mbaise L.G.A, Imo State, on May 30.

“He confessed to involvement in the attack and murder of many police officers and collection of their service rifles. He also confessed to the kidnap of one Jude Nwahiri at Eke Nguru Junction Aboh Mbaise L.G.A, Imo State, under the command of one Ebube Uche Madu aka virus, who is on the command’s wanted list.”

The Federal Government of Nigeria had previously alleged that the leader of the Indigenous People of Biafra (IPOB), Nnamdi Kanu is to be blamed for the murder of Chike Akunyili, the widower of the late Director-General of the National Agency for Food and Drug Administration and Control, Prof. Dora Akunyili.

The government further accused Kanu of being responsible for the murder of a former Presidential Aide, Ahmad Gulak, and over 184 others in the South-East.

This is according to a committee set up by President Muhammadu Buhari, to investigate Kanu, who is standing trial for terrorism.