HomeFeaturesApply Professionalism In Your Duties - IPOB To Nigerian Army
Features

Apply Professionalism In Your Duties – IPOB To Nigerian Army 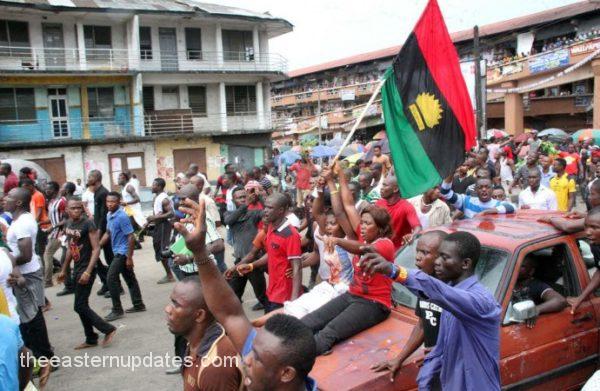 In a new statement targetted at the Nigerian Army, the Indigenous People of Biafra (IPOB) have charged the Nigerian Army and some other security agents deployed in Ukpor, Nnewi South Local Government Area of Anambra State to apply professionalism while carrying out their duties in the area.

In a statement by its Media and Publicity Secretary, Emma Powerful, IPOB said arresting and parading innocent citizens of the area as ESN operatives or IPOB members would not present the security operatives as innocent as they were already known to be compromisers.

The statement reads in part: “We wish State unequivocally that the Nigeria Army and its sisters security agencies have continued accusing ESN and IPOB volunteers of being responsible for criminalities in Ukpor Nnewi South LGA of Anambra State.

“We want to openly remind Nigeria Army, Police and DSS agents recently deployed in Ukpor Nnewi South LGA area that IPOB and ESN operatives are not responsible for the atrocities happening in the area, we are there to chase away those criminals operating in and around that area because we abhore criminalities. Those being arrested and killed are not IPOB members nor ESN operatives.

“What we are saying is that Nigeria Army and security agents should apply professionalism in their duties because arresting and killing innocent citizens of the area will not help them instead it will destroy and ridicule them.

“Those they arrested and killed are not IPOB members because IPOB members are professionally trained Securities, not like criminals terrorising the peaceful communities in Anambra State and some part of Orlu of Imo State.

“Soldiers should mind themselves and apply professionalism and decorum in their duties. The desperation to demonise IPOB and ESN operatives cannot work for them because the public understands how IPOB operates since we started operations, arresting innocent people and parade them as ESN operatives or IPOB cannot make them being truthful in their duties and people will not like or take them as doing the right thing for them because they know that they are compromised against Ndigbo.