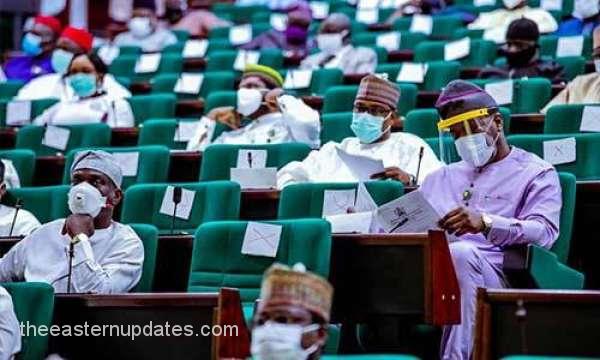 While reacting to the controversial case of child trafficking that led to the arrest and detainment of the former Senate President of Nigeria, Ike Ekweremadu, the House of Representatives has openly charged the Nigerian Federal Ministry of Foreign Affairs and Nigeria’s High Commission to the United Kingdom to try their possible best to ensure that the embattled Senator Ike Ekweremadu and his wife, Beatrice are provided with all consular services they require.

The resolution by the House of Representatives was sequel to a unanimous adoption of a motion by Representative Abdullahi Abdulkadir (APC-Bauchi) at the plenary on Tuesday, NAN reports.

Read Also: We Have Not Deserted Ekweremadu, Ohanaeze Clarifies

While moving the motion earlier, Abdulkadir said he is concerned about the arrest of Ekweremadu, a Nigerian citizen, a serving senator, a former Deputy President of the Senate and a former Deputy Speaker of the ECOWAS Parliament by the metropolitan police in the United Kingdom.

It had been earlier reported that Ike Ekweremadu and his wife Beatrice were arrested at the London Heathrow Airport, on their arrival from Nigeria to the United Kingdom. The Metropolitan Police and the Crown Prosecution Service (CPS) have since charged the Ekweremadus with offences relating to human trafficking and exploitation.

Abdulkadir said the Nigerian lawmaker and his spouse had been detained pending the determination of the jurisdiction issues by the Attorney-General of England and Whales.

“Concerned that the additional information emerging from the Nigerian Immigration Service (NIS) and other legitimate sources including the visa issuing protocols at the UK High Commission.

“Bank verification number (BVN) suggests a different narrative which might not have been available to the metropolitan police at the time of arrest and charge.

“I am confident that the Federal Government of Nigeria will, through the respective organs of government, use all available tools to ensure that the investigation and outcome of this will be conducted in the highest fidelity to the rule of law and with respect to the dignity of the person as enshrined in the European Convention of human rights which the United Kingdom is a signatory.

“We are aware of Ekweremadu’s unblemished record as a constitutional lawyer, a ranking legislator at the highest level in Nigeria, the West Africa subregion and various international parliamentary bodies and foremost advocate of the right and dignity of man.

“Also aware that Mrs Ekweremadu has had a flawless career in the Nigerian federal public service rising to the rank of director,” he said.