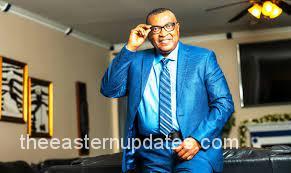 One of the disgruntled Abia State, All Progressives Congress party members and governorship aspirant, Daniel Eke, has taken the APC; the state’s Governorship candidate, Ikechi Emenike; and two others before the Federal High Court sitting in Umuahia, the Abia state capital for shortchanging him at the polls.

Mr Daniel Eke made it clear that he was seeking a declaration that the first defendant, APC, did not conduct any valid and lawful primary election in the state.

Some other defendants of the suit are the Independent National Electoral Commission and the immediate past Minister for Mines and Mineral Resources, Uche Ogah.

In the suit no. FHC/UM/CS/96/2022, Eke had through the solicitor, O. O. Nkume, approached the High court while seeking a declaration that APC governorship candidate in Abia, Ikechi Emenike, and the factional candidate, Dr. Uche Ogah, did not validly emerge as governorship candidates. He also further urged the declaration that the emergence of Emenike through indirect election was contrary to the APC directive of direct mode of primary for Abia State in line with APC constitution section 20.3 and 20.4, hence it is “invalid, null and void and of no effect whatsoever”.

Eke also sought a declaration that the emergence of Ogah from “a factional purported direct primary” without the direction and supervision of the party’s National Working Committee, the monitoring by the 4th defendant, INEC contravened sections of the APC constitution and as well “invalid, null and void and of no effect whatsoever”.

Furthermore, the aggrieved aspirant sought for Order of Injunction restraining INEC from “accepting and /or recognising and presenting the name of Emenike or Ogah as the governorship candidate of APC in Abia for the 2023 general election”.

Accordingly, Eke prayed that INEC is not entitled to accept or recognise Emenike and Ogah as duly nominated governorship candidate of the party in Abia and sought for N100m claim as general damages in his favour against Emenike and Ogah.