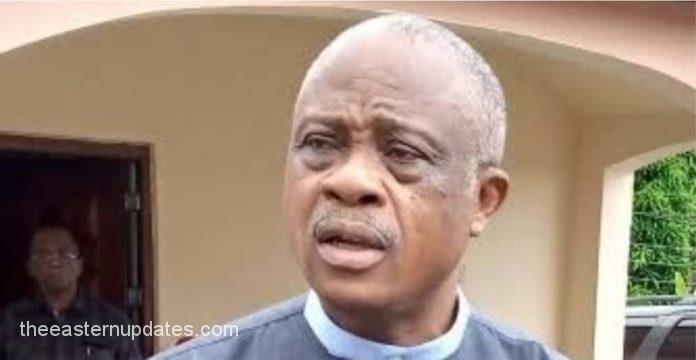 In a landmark decision, an Abia State High Court sitting in Umuahia which was presided over by Justice O. A. Chijioke has reversed itself on the controversial suspension of the Governorship aspirant of the All Progressive Congress, APC, High Chief Ikechi Emenike from the party.

The State high court had granted a stay of execution on its May 26 judgement which would be upholding the suspension of Emenike from his Nkwoegwu ward chapter of the APC and by this ruling, it was decided that Emenike’s membership of APC is no longer in doubt even as another High Court sitting in Umunneochi, presided over by Justice Benson Anya had on November 4, 2021, nullified the said suspension.

The judgement on the suit No HU/6/2022:Chinedum Nnoke & 3 Ors Vs High Chief Ikechi Emenike & 2 Ors was delivered shortly after Emenike’s victory in the party’s governorship primary election.

Speaking after the order, Counsel to the APC governorship flag bearer, Emenike, Vigilus Nwankwo, said the order was consequent upon an appeal against the judgement and a motion for stay of the execution. He also expressed delight that the court had graciously granted the stay of execution order.

According to him, the matter will be dealt with at the appeal court where they are already challenging the earlier judgement.

“The legal battle now moves to the Court of Appeal to determine if the judgment will stand or not based on our appeal.The mission to rescue Abia state is unstoppable as God is still and remains on the throne,” he said.

When contacted, the state Chairman of APC, Dr Kingsley Ononogbu, described the judgement as cheering to the teeming members of the party.

“The suit is part of the huddles we’re likely to encounter on our journey to liberate the state. And I want to assure the residents that the end of their hard times will begin as soon as we assume office,” he added.