HomePoliticsBiafra: Buhari Reveals What Must Be Done To Avoid Civil War
Politics

Biafra: Buhari Reveals What Must Be Done To Avoid Civil War 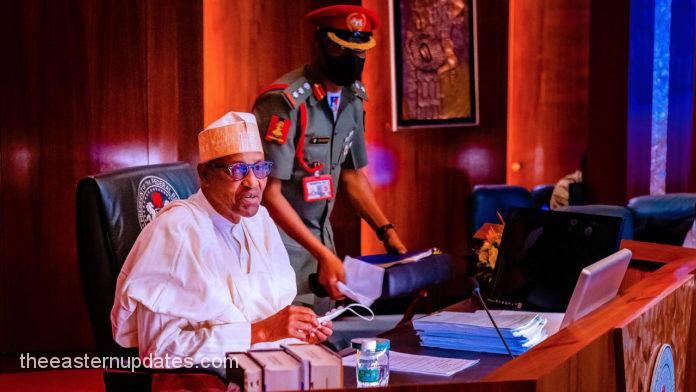 President Muhammadu Buhari who is the Nigerian President has finally listed two important things that Nigerians have to do to strongly prevent another civil war from breaking out in the Country.

Presoident Buhari had urged Nigerians to try to be tolerant of one another to avoid another civil war.

Buhari spoke during his visit in Kigali, Rwanda, where he is attending the 26th Commonwealth Heads of Government Meeting, on Thursday.

In his verified Facebook, Buhari wrote: “I visited the Kigali Genocide Memorial this afternoon. I took two lessons from this sobering tour: One, Nigerians must continue to be tolerant of one another, and two, we have a responsibility to preserve our own history from the Nigeria civil war.

In a recent report, the Ohanaeze Ndigbo Worldwide had also tackled President Muhammadu Buhari over his call to the United States, United Kingdom, and other western nations to proscribe the Indigenous People of Biafra (IPOB) ‘as a terrorist organisation’.

President Buhari was quoted in a recent interview with Bloomberg to have ‘pleaded with Nigeria’s international partners, especially the United States (U.S.) and the United Kingdom (UK) to block the group from the international financial network.’

Ohanaeze while reacting through a statement on Wednesday, said the IPOB was fighting for justice, insisting that even the First Republic Minister and elder statesman, Maitama Sule had predicted that the orchestrated alienation of the South East from the centres of power was the basic cause of the agitation in the South East.

According to the group, IPOB was merely asking for justice, just as Sule admonished Buhari shortly after his electoral victory in 2015, that ‘justice is key to good governance, ‘adding that he ‘extend justice to all and sundry, irrespective of religion or tribe.