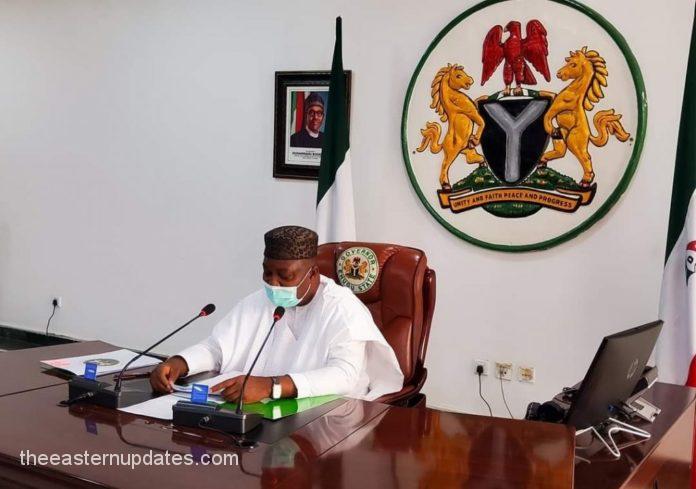 As part of his efforts to revamp the health sector in the State, the administration of Governor Ifeanyi Ugwuanyi in Enugu State has announced that it has reached a collaborative agreement with the Nigerian Sovereign Investment Authority (NSIA) which would be aiding the Government for the upgrade of the State Medical Diagnostic Centre, Enugu, to a comprehensive Diagnostic and Oncology (Cancer) treatment Centre.

A statement by Dr. Emmanuel Ikechukwu Obi who is the Enugu State Commissioner for Health had openly disclosed that the State Executive Council (EXCO), sequel to the collaboration agreement, had already approved the evacuation of the existing equipment in the Diagnostic Centre, as requested by the Nigerian Sovereign Investment Authority, to enable it take over the health facility.

Dr. Obi had also added that the State Executive Council would be expressly approving that the evacuated equipment will be put to good use at the ESUT Teaching Hospital, Parklane, Enugu and some other listed hospitals in the State.

The Health Commissioner revealed that the state government “sees a greater opportunity for more efficient services to its citizens and beyond through this collaboration”.

In another report, the Enugu State Governor, Ifeanyi Ugwuanyi’s administration has also put out a general announcement which states that it has sponsored and sent off another batch of 260 youths who have a passion for farming and agriculture and were selected from the 17 Local Government Areas of Enugu State, to Keffi, Nasarawa State, for a two-week agricultural training at CSS Global Farms.

This is in tandem to improving the agricultural sector in the State.

The first batch of 260 youths who were sponsored had been successfully trained recently at CSS Global Farms, Keffi, under the sponsorship of Gov. Ugwuanyi’s administration.

Addressing the new participants before their departure for Nasarawa State, yesterday, the Special Adviser to the Governor on Agriculture, Engr. Michael Ogbuekwe, said that Gov. Ugwuanyi was committed to his mission of producing “the next generation of agriculture business men and women in Enugu State”.