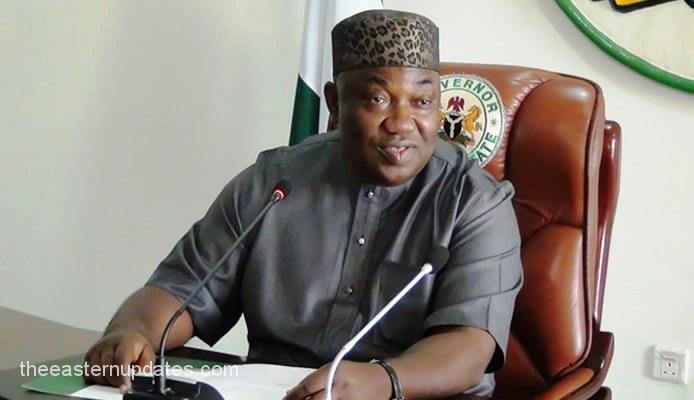 Governor Ifeanyi Ugwuanyi of Enugu State has on Tuesday manned the inspection of the Trans Ekulu Bridge, Enugu, with a view to beautifying the area as one of the gateways to Enugu City which would be in tandem to keeping with his administration’s Urban Renewal drive.

Gov. Ugwuanyi also inspected vehicular traffic at the bridge and the connecting roads in other to proffer solution to the gridlock being experienced by road users in the axis basically caused by increase in population strength of the state.

Gov. Ugwuanyi further inspected the New Market axis of Enugu City, which is another gateway to the city, ahead of his administration’s plans to reconstruct and modernize the roundabout and maintain the roads to give the area the face-lift it deserves.

From the New Market, the governor moved to inspect the ongoing construction of Justice Nwazota-Ilogu Close Road, GRA, Enugu, with a spur to Works Road Layout.

Governor Ifeanyi Ugwuanyi had also formally restored 230 plots of land belonging to the health workers of the state which were purportedly revoked by the immediate past Commissioner for Lands and Urban Development without the consent of the governor.

Addressing the health workers when they visited him at the Government House, Enugu, on the purported revocation of their land registered as Villa Estate in Ozalla Abor, Enugu, Gov. Ugwuanyi expressed dismay, saying that the land was revoked without his consent, contrary to the Land Use Act.

Reiterating the commitment of his administration to the wellbeing of the people of Enugu State, Gov. Ugwuanyi disclosed that the state government will formalize the land and give it back to the health workers, amid jubilation.

Recall that Gov. Ugwuanyi’s administration recently restored Plot No. P/23CA Independence Layout, Enugu, to the Nigeria Union of Local Government Employees (NULGE), which was purportedly revoked by the immediate past Commissioner for Lands and Urban Development without the governor’s approval pursuant to the Land Use Act.