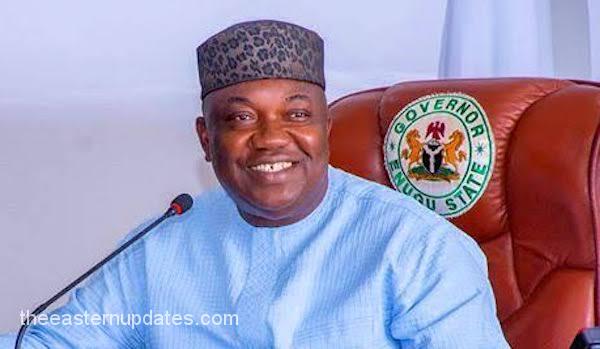 In a show of support, the Human Rights Writers Association of Nigeria (HURIWA) on Tuesday has openly commended the Governor of Enugu State, Ifeanyi Ugwuanyi, for peaceful governance in the state and for upholding the tenets of core democratic values in the South-East state.

HURIWA, in a statement by its National Coordinator, Comrade Emmanuel Onwubiko, said reports from its registered members in the South-East rated Ugwuanyi’s government high as development-oriented.

The group, therefore, urged the governor to continue with his good works as seen by all and to remain consistent in delivering democratic dividends to the people of Enugu till he hands over to a successor next year May.

HURIWA advised Ugwuanyi not to be distracted by the scathing comments of naysayers and ill-motived politicians to distract him with their vile and false comments on matters of the state.

The group lambasted a chronic critic of the governor, Okey Ezea, who goes about selling outright falsehood and lamentable diatribes to discredit the good works of Ugwuanyi who in the assessment of the military, the police, and the clergy is the most peaceful governor in the country.

HURIWA’s Onwubiko said it was unfortunate that Ezea, an alleged perpetual political failure, chose to turn his eyes to the good works and developmental strides of the governor but has chosen to mud-sling all kinds of accusations against Ugwuanyi including a death threat.

“The false alarm of a death threat by a political noisemaker in Enugu State, Okey Ezea, is laughable. That he accused the governor is most laughable. It is ludicrous because anyone in the state knows that Governor Ifeanyi Ugwuanyi is a man of peace who cannot hurt a fly.

“Ezea’s tantrums are understandable being a serial election-loser but HURIWA consoles him not to go the way he is going but to work harder and achieve his political ambition if he is serious about any at all. This is more profitable than the envy that Ezea has allowed to consume him.”

HURIWA further added that it was pleased that jubilation enveloped the climate in Enugu over the weekend just as Ugwuanyi formally restored 230 plots of land belonging to the health workers of the state, which were purportedly revoked by the immediate past Commissioner for Lands and Urban Development without the consent of the governor.

HURIWA recalled that addressing the health workers when they visited him at the Government House, Enugu, on the purported revocation of their land registered as Villa Estate in Ozalla Abor, Enugu, Ugwuanyi expressed dismay, saying the land was revoked without his consent, contrary to the Land Use Act.