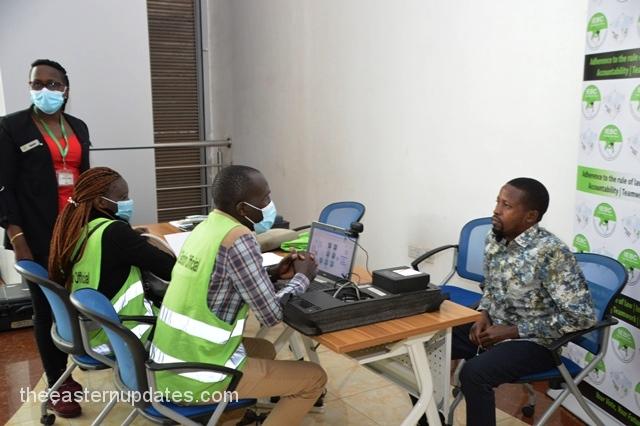 A political support group which has been identified as the Peter Obi Support Network (POSN) has completely decried the intimidation of people at Voter Registration Centres (VRCs) while describing the phenomenon as most unfortunate.

Condemning the ugly development, the group claimed that the people of Southeast origin at Voters Registration Centres in Lagos State were seen being intimidated.

They added that in some parts of Imo State, in the South-East, voters were prevented from registering.

Reacting to series of viral videos in a statement by the group’s Spokesman, Comrade Sani Saeed Alturky, he said the incident was sad, particularly as adults, who had peacefully attempted to contribute their civic quota to the democratic process of obtaining their PVCs, were manhandled.

They called on the Independent National Electoral Commission (INEC) to rise to the occasion and arrest the situation so as not to discourage the people.

The group further advised the INEC to deploy more equipment that would facilitate registration in all their centers, noting that the surge in registration was as a result of increasing awareness of citizens to participate in elections.

“We condemn, in the strongest possible terms, the intimidation and violence evidently meted out to the people from the Southeast origin resident in Lagos State, who went to exercise their fundamental rights of getting registered as voters to be eligible to perform their simple civic duty of voting during elections in Nigeria”, the statement read.

The group recalled that intending voters were similarly chased out of registration centres last week by some gunmen, adding that security should be beefed up to prevent loss of lives and properties.

“We commend INEC for establishing emergency registration centres in Enugu, Lagos and other locations, which has given eligible youths the opportunity to register, while we continue to call for extension of the registration deadline beyond June 30 so as not to disenfranchise millions of eligible Nigerians who are willing to exercise their civic duties.

“We commend the electoral body for their recent press release, which clearly suggests they are genuinely working towards making sure that any eligible Nigerian desirous of obtaining a PVC will be granted such civic right by the Commission.

“However, we are of the view that 209 additional machines will not be enough to ease the congestion. If INEC is serious about solving this problem, it should be distributing 1000 machines, not 209”, the statement concluded.