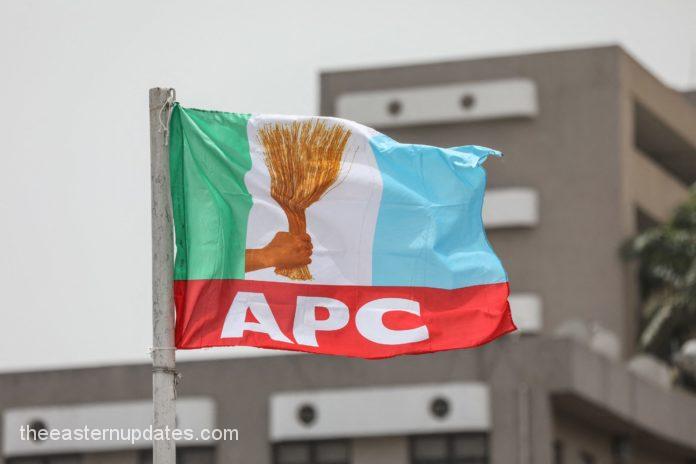 No fewer than 27 All Progressives Congress (APC) House of Assembly aspirants in Ebonyi State, yesterday, threatened to sue the party if they were disqualified from participating in the forthcoming primary.

They alleged that the party’s screening committee was scheming to disqualify them for non-payment of party dues.

Addressing newsmen in Abakaliki on Monday, the aspirants insisted they had duly paid their dues and met all requirements to qualify to stand election in the party.

They accused the chairman of the House of Assembly screening committee in the state, Ideato Ideato, of conniving with the leadership of APC in Ebonyi to screen them out from the contest.

Spokesperson of the group, Chukwu Orji, from Ivo constituency, also alleged that Governor David Umahi was secretly working with the Peoples Democratic party (PDP) to ensure APC is defeated at the poll.

He, therefore, called on the National Chairman of the party, Abdullahi Adamu, to call Umah to order to avoid the repeat of what happened to Zamfara State in 2019 in Ebonyi State.

The aspirants vowed to sue the party if they were disqualified from contesting the primary.

Reacting, Stanley Okoro-Emegha, the state chairman of the party, described the allegation as baseless, unfounded and spurious.

Declaring his ambition at the Abia State secretariat of African Democratic Congress (ADC) in Umuahia, he promised that “under ADC, we will return Abia to God.

“We have seen what is needed to be done for Abia State. There is no reason why Abia State should be like this. You look at Aba, oil producing areas, unpaid workers and you wonder why Abia is like this.”

The Abiriba-born aspirant promised rule of law, security, infrastructure, accountability, industrialisation and human values if he becomes the governor of Abia State.