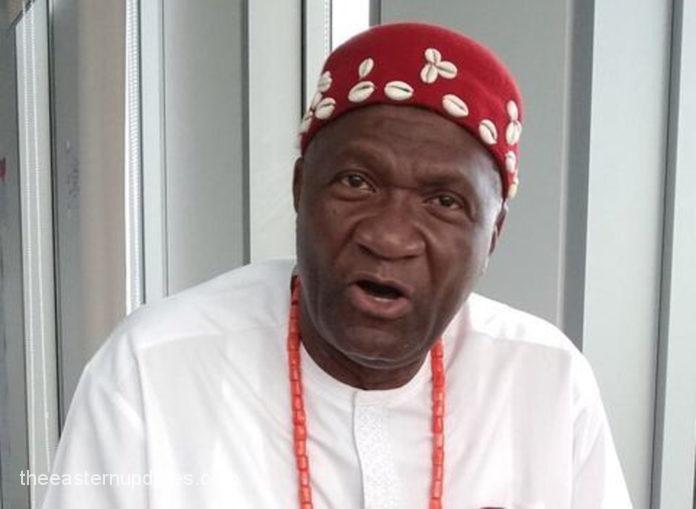 Some top Igbo elites under the umbrella of the Greater Nigerian Conference have asserted that it will be unfair on the Igbo for another northerner to succeed President Muhammadu Buhari when he leaves office after eight years.

This came even as they urged the major political parties, the ruling All Progressives Congress (APC) and the Peoples Democratic Party (PDP), to zone their presidential tickets to the South, especially the South-East, for the sake of equity.

A former governor of Enugu State and ex-National Chairman of the PDP, Dr Okwesilieze Nwodo; a former National Chairman of the All Progressives Grand Alliance, Senator Victor Umeh; veteran journalist and former senator representing Owerri Zone in the National Assembly, Chris Anyanwu; and Chairman, Contact and Mobilisation Committee, GNC, Dr Ferdinand Agwu, said this during a courtesy visit to the Punch Place, headquarters of Punch Nigeria Limited, on Friday.

Nwodo noted that for equity, fairness and the unity of Nigeria, the South-East should be allowed to take a shot at the presidency since other sub-regions in the South have had their turn.

According to him, zoning the ticket to the South-East would end the acrimony and dissension going on in the region.

Nwodo stated, ‘We are almost completing 30 years of each zone testing the Presidency. When we formed the PDP, we also entrenched in our constitution the doctrine of zoning and power rotation between the regions. The first zone that took the slot was southern Nigeria, and why we did so was very lucid.

“In 2019, we zoned it to northern Nigeria, and all those who contested the ticket were from the North. After Jonathan, it returned to the North, which is going to complete eight years now. So, by all known conventions we have adopted in Nigeria, the presidency should come to southern Nigeria. We don’t think it is right to change the goal post in the middle of the game.

‘This has worked for us and has kept Nigeria united, reducing acrimony in the political space. It cannot be jettisoned at this time.

‘Even though the PDP at its NEC meeting has thrown open the ticket, we will continue the advocacy that we have started that the ticket should be zoned to southern Nigeria, and when it does come to the region, those of us in the South-East are making a strong case that we are given the ticket because our brothers in the South-West have gone and we haven’t gone at all.’

He also urged the delegates of the major political parties to vote for candidates from the South-East in the forthcoming primaries.

Umeh said the decision of the political parties on zoning would be a determining factor for Nigeria’s survival.

According to him, if the APC and PDP field northern candidates after the primaries, Nigeria is finished.

Umeh stated, “We don’t want it to be that after the primaries that they will tell us that the presidential candidates of the two major political parties are from the North. If it happens, we are finished. Those of us from the South will bow our heads in shame.

“We are not going to be in Nigeria by force. They (northerners) cannot tell us, ‘Anything you like, you do’, and expect us to stick together. We have taken a detailed look at the situation in Nigeria; the way things are being run in the country does not promote the unity of the country.

“There is this attitude of some people feeling that they are entitled to head others, believing that they have the population and structural advantage. This makes them do whatever they like. What is important is that the country survives.

“You can see it already. You know what is happening in Nigeria that the North does not want to agree that southern Nigeria should produce the next President after Buhari. That is why they are all over the place trying to tell us things as though they know better than us. Coming to southern Nigeria, the first deployment of our energy will be to make the North respect the South that it is their turn after Buhari. The North should not be gunning for it. It will be unfair.

“When we get down-home, we will look at how it has gone around the South and know what to do. It is obvious that it is pointing towards the South-East, which has not had a shot at the presidency.”

He also urged Nigerians to see the need to accommodate all parts of the country by supporting a candidate from the South-East for 2023.