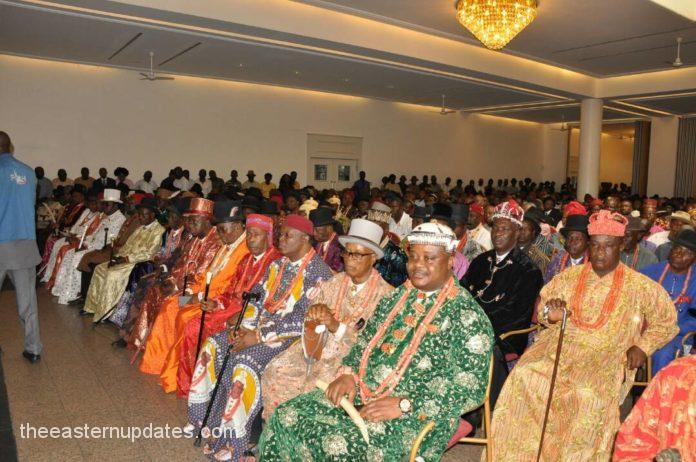 A community leader, Innocent Ezuma has challenged traditional rulers of Igbo extraction to revive all neglected but progressive Igbo customs and traditions, in order to maintain the dignity and respect of Igbo people, amongst other ethnic nationalities in the country.

Ezuma gave the advice at his country home, Ndiakunwata Iheme, Ideato North Local Government Area of Imo on Saturday, during the 2022 edition of the annual ‘Ikeji’ Arondizuogu Cultural Festival.

He advised that the Igbo nation, noted for their rich cultural heritage, should not allow the influence of Western culture, science and technology to rubbish their worthy legacies and traditions.

“Every Igbo man should trace his tradition to know why his forefathers lived long without hospitals and schools.

”Western education, science and technology are important but we should not allow them to kill our rich cultural heritage which is our own way of life.

“This is because if there is no culture, there will be no future and nations only develop on the basis of their culture,” he said.

Ezuma, an industrialist, popularly  known as Agunechemba of Arondizuogu, said that the Ikeji Arondizogu cultural festival involved the Oso masquerade day, and Egbugbu- which entail the people offering sacrifice to the ancestors and praying for bumper harvest.

He said that the Nkwo Achi, the climax of the festival, was meant to appease the gods of the community for increased agricultural yield.

He added that the people also used the opportunity of the Nkwo Achi to express their gratitude to their forefathers for their continued love, protection and guidance.

He said that only qualified indigenes of the community, who had fulfilled the necessary cultural requirements as stipulated by the gods of the land, are eligible to participate in the masquerades display.

Similarly, a traditional title holder in the area, Chief Charles Nwankwo, described the festival as a culture that was handed down to the people by their ancestors.

He said that the Ikeji festival is in two phases, namely the ritual aspect which entails the appeasement of and thanksgiving to the gods of the land for bumper harvest.

He said that the second phase is the ceremonial session which has to do with masquerading.

“After all the other aspects of the festival have been done, the masquerading aspect of the event commences,” he said.

An invitee from Mbaise, Mr Nnamdi Amadi,  described the event as an “interesting cultural and traditional festival where the people displayed their culture to its fullness to showcase their origin and tradition.

“We have seen a lot of masquerades displayed today; It is important that while we talk about Christianity, we should imbibe our culture to show where we came from, who we are and what we are.”

Amadi also advised other Igbo states and communities not to forget their roots, adding that the Arondizuogu Cultural Festival was an ancient culture.

The Jos-based legal practitioner, however, regretted that most Igbo communities have abandoned their culture because of religion.

“Religion did not tell you to abandon your culture or history. Even Christ obeyed the Jewish Passover tradition and other feasts and urged the Israelites to continue to observe them.

“Arondizuogu people should sustain their culture which is worthy of emulation,” Amadi said.