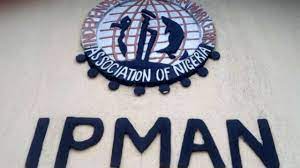 The Independent Petroleum Marketers Association of Nigeria (IPMAN) has distanced itself from any call to shut down operations in the South-East region stating that it did not issue any directive for its members to shut down services.

The National Secretary of IP- MAN, Alhaji Danladi Garba Pasali, in a press statement issued in Jos on Friday, disassociated the association from the purported call and urged members to ignore it.

‘A purported planned shutdown of services in the South-East by unknown persons has come to the notice of Independent Petroleum Marketers Association of Nigeria (IPMAN), which we categorically disassociate ourselves from and appeal to all members of IPMAN in the zone and all other zones to dis-card such fake information.

‘It is instructive to state that IPMAN did not hold any National Executive Council (NEC) meeting, much less resolving to shut down services in the South-East.

‘That the police command in Enugu State intervened was a right thing in the right direction, more so that they were out to enforce the rule of law,’ the statement said.

‘We further call on all members to jettison any call or the planned shutdown of services, as no contemplation was made to that effect, while also appealing to the general public particularly those in South-East not to panic.’