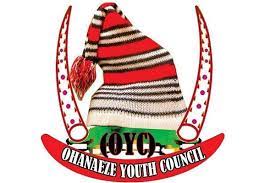 An Igbo socio-cultural organization, Ohanaeze Youth Council (OYC), has advised governors of Igbo extraction and pro-Biafran groups to shun threatening comments and action that could lead to tension in southeastern states.

This is even as Ohanaeze youths demanded that the Igbo governors of the old eastern region should declare 30th May of every year as a public holiday to commemorate fallen Biafra soldiers during the 1967-1970 civil war.

Read Also: Kanu Is Your Son, Discuss With Him – Ohanaeze To Buhari

The Igboayaka O Igboayaka-led OYC, in a release made available to DAILY POST on Sunday, tasked senators, House of Representatives members of old eastern extraction as well as the State Houses of Assembly to join in the movement to institutionalize May 30th as a mourning day and a meeting point to discuss how the survival of the genocide against easterners will make a genuine living.

He said, ‘May 30th should not only be seen as a day we should literarily observe the “sit-at-home order”, rather in honour of Biafran fallen heroes who died during the Nigeria/ Britain genocide against Eastern Nigeria people, it should also be a day set aside to have creative discussions and lecture sessions to continuously design possible ways for economic development of Igbo land and political survival of Igbo sons and daughters’.