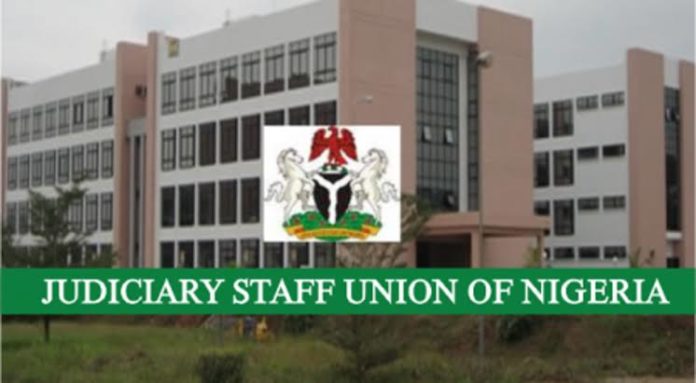 Members of the Judicial Staff Union of Nigeria (JUSUN), Abia chapter have joined their counterparts in other states of the federation in the nationwide strike to press for financial autonomy of the judiciary from the Executive.

The members today took to major streets in Aba and Umuahia where they vowed that the strike would continue until the Executive arm obeys the judgment of the Federal High Court in 2014 which granted full financial autonomy to the judiciary.

One of the protesters who spoke with journalists in Umuahia and gave his name as Ndukwe insisted that the Executive must obey the judgment or appeal it, maintaining that the Governors will not be a law unto themselves.

He wondered why the Governors who are beneficiaries of the judicial process will not want to obey the court order and yield to the demand of the union.

The union embarked on the strike following a 21-day ultimatum to the federal government.

The courts across the country have since been under lock and key following the strike with no end in sight.