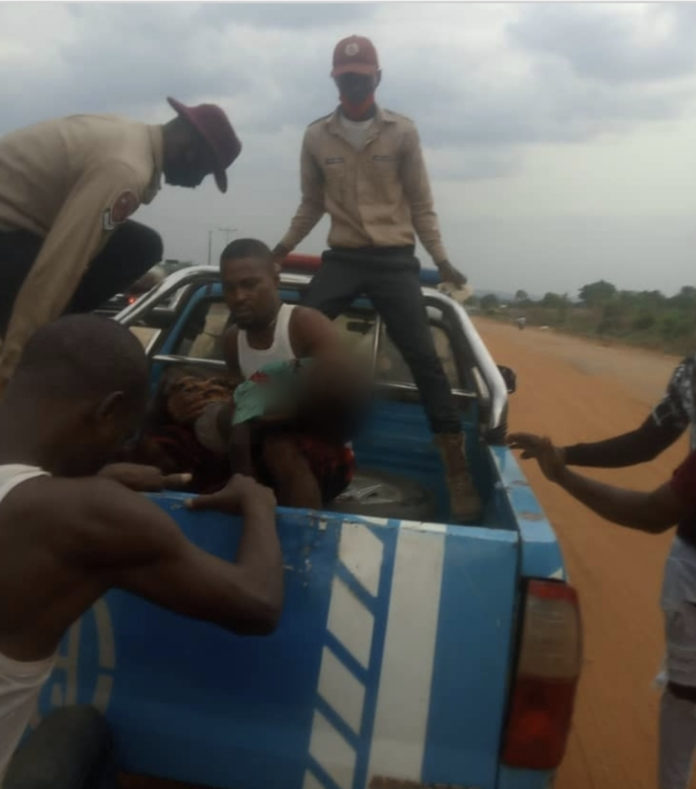 A speeding driver of a Toyota Camry car with registration number KJA-172CE, yesterday killed a male child crossing the road in Nteje, the headquarter of Oyi Local Government Area of Anambra State.

Mr. Andrew Kumapayi, the FRSC Sector Commander in Anambra, who confirmed the incident in Awka on Monday, April 12, said that the accident happened opposite Oyi Divisional Police Headquarters on Sunday night, April 11.

He stated; ‘One male child crossing the road was knocked down by the speeding driver, and was rushed to Chira hospital, Awkuzu by FRSC rescue team from Nteje. The child was later confirmed dead by the doctor on duty. His body has been deposited at Wisdom Mortuary, Nteje.’

While condoling with the families of the deceased, the sector commander, urged motorists to always exercise patience and avoid unnecessary speeding on the road.