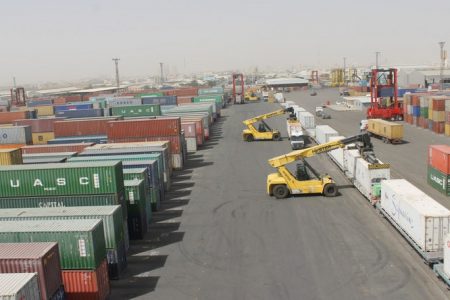 Work is set to commence at the proposed Obeaku Deep Sea Port in Abia State following the completion of all the necessary documentation with the Nigeria National Petroleum Corporation, NNPC, Federal Ministries of Transportation as well as that of Petroleum.

Chief Executive Officer, CEO, Zoros Energy Ltd who are core investors in the project, Eze Ikenna Nwaigwe who disclosed this when he led other members of his team to the Deep Seaport site on an inspection tour commended Gov Okezie Ikpeazu for the great commitment of his administration towards realising the project.

Read Also: New Airport: Ebonyi’s Economy To Get A Boost From Dec

The investor said that the project would commence with the reclamation of the area and dredging of about 30 meters deep from Obeaku to Ikot – Abasi Port in Rivers State. ‘There will also be an establishment of a Mega-City Project comprising of 10,000 housing units in its first phase, refineries, free trade zone, industrial layout, gas plant for steady power supply, shopping malls, hospital and police station all of which the team of Marine Engineers alongside other experts are working out’, he added.

Facebook
Twitter
WhatsApp
Email
Telegram
Previous articleSpeeding Driver Kills A Child In Anambra
Next articleEbonyi Killings: We Are Not The Attackers – Agila People