HomeFeaturesWhy Fulani Cattle Rearing Must Be Stopped In Biafraland
Features 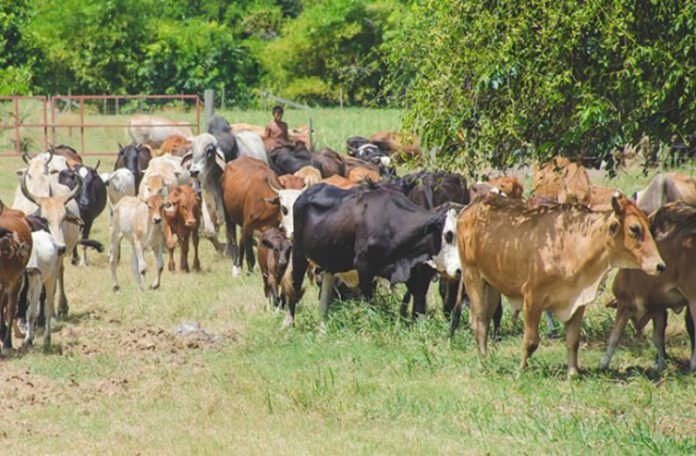 The recent food blockade by the Northern Fulani leaders is one of the evidences that the Biafra/Nigeria war has really been re-ignited. The aim of the Fulani killer herdsmen to invade Biafraland with their cows is for this reason. They want to deny the indigenous land owners, the conducive atmosphere of producing their own foods even in their land.

These are people that do not labour to produce foodstuff in their settlements and annually, agricultural budget is being drawn, with a big chunk of it handed over to the Northern farmers. The Nigerian federal government acquires agricultural products and equipment for them to make their farming work much more easier and faster. In the Eastern region even after trying to manually cultivate their crops, their courage is being dampened through the wanton destruction of their farmlands by Fuani killer herdsmen that pleasurably rape, kill and pillage.

And because of this grand plot, it becomes clear why no single herdsmen has been arrested, prosecuted and convicted. The Northern foodstuff blockade is yet another strategy put together, to force Biafrans into submission of becoming Muslims. During the Biafra/Nigeria war between 1967 and 1970, hunger or food blockade was used as a weapon of war against the Biafran people, just same method that is presently also being indirectly implemented. It is time to fastly act or be consumed. The leader of the Indigenous People of Biafra (IPOB), Mazi Nnamdi Kanu, was right by launching the Eastern Security Network (ESN) as well as in his call to the Biafran citizens to start up the rearing of Biafran cows, amongst the cultivation of consumable farm produce. These evil plots of the Northern Islamists must be put to an end, if this war must be won. A word is certainly enough for the wise!