HomePoliticsOkorocha's Kinsmen Move To Recall Him From Senate
Politics 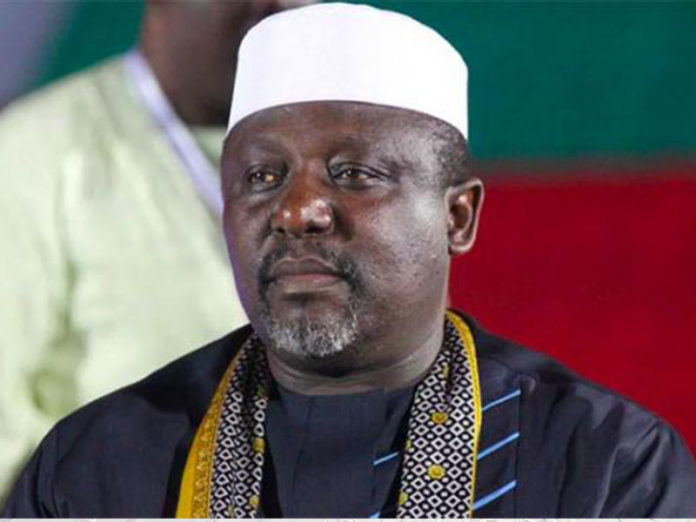 Okorocha’s kinsmen, under the auspices of Orlu Political Consultative Assembly (OPOCA), have commenced massive mobilizing across the 12 council areas of Imo West, which Okorocha represents at the Senate, with a view to recalling the embattled former governor from the National Assembly.

It was reported that last Monday, major stakeholders in the zone comprising the traditional rulers, Elders’ Council, and the 12 Interim Management Committee (IMC) Chairmen presiding over the 12 LGAs in the Orlu Senatorial District (Imo West), gave teeth to the recall process when they openly endorsed the action.

Rising from a consultative meeting involving OPOCA, led by Rex Anunobi; Orlu Council of Elders, led by Chief Bernard Anyanwu: the 12 IMC Chairmen, led by Hon. Willie Okolieogwo, who is also the Imo ALGON Chairman, and the Orlu Zonal Council of Traditional Rulers, under the leadership of Eze Emmanuel Okeke of Amaifeke Ancient Kingdom, the stakeholders upon deliberations issued a 6-point Communiqué unanimously endorsing the recall of the former governor over what they described as “poor representation, gross misconduct occasioning public embarrassment to Orlu people, Imo people and indeed the state government”.

The leadership of Orlu Political Consultative Assembly (OPOCA), led by its National President, Chief Rex Anunobi, a lawyer, had briefed the leadership of the Orlu Zonal Traditional Rulers’ Council, Chairmen of Local Government Councils in Imo West Senatorial Zone (Orlu Zone) and Orlu Council of Elders, on recent political developments in the state as regards the many untoward actions of Senator Rochas Okorocha, his alleged wanton looting of the state and other actions capable of exposing Imo and its people to public ridicule.