Female Cook, 2 Others Arrested For Kidnapping In Delta 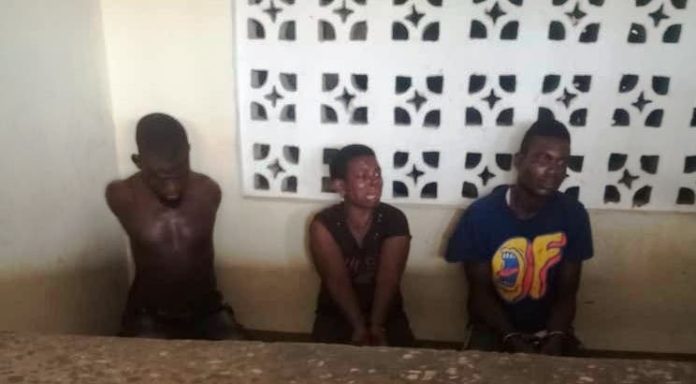 An unidentified female cook and two others were yesterday morning arrested in connection with the kidnapping of one Emmanuel Piopio who was abducted at Agbarho in Ughelli North local government area of Delta State.

The victim according to police sources was abducted last Sunday along Ekwerhe road, Agbarho after which the kidnappers contacted one of his family members demanding ransom for his release.

The hoodlums were said to have whisked the victim in his while coloured Lexus ES350 saloon car with registration number KWL 663 BB to an unknown destination from where they started the ransom negotiation process with his family.

Giving details of the arrest of the hoodlums and subsequent rescue of the victim, the source who is a senior police officer at the Agbarho police station, gave the names of the two male suspects as; Ogaga Champion from Ododegho community and Evans Emogariemu from the Oruorakpo community all in Ughelli North local government area of the state.

Though efforts to speak with the state police public relations officer were fruitless, the source who spoke on condition of anonymity, said: “After the victim was kidnapped, the matter was lodged at the Agbarho police station. Following intelligence information in partnership with the army and operatives of the Vigilante Group of Nigeria, we were able to track the mobile number of one of the suspects.