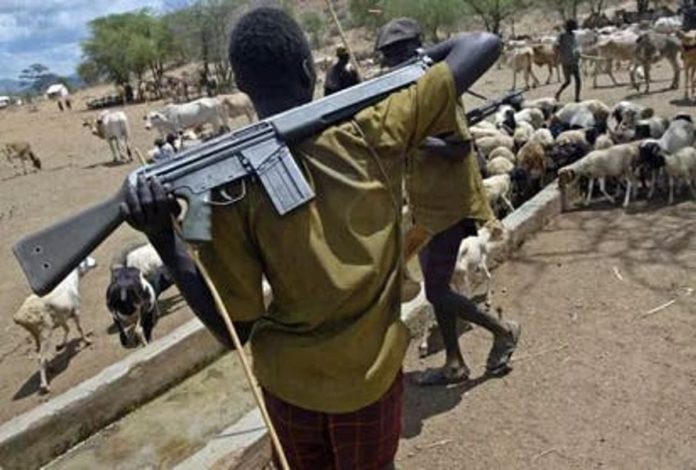 There is fear in a community in Delta after it was reported that people suspected to be herdsmen reportedly kidnapped a female farmer Mrs. Joy Osamezu at a farmland in Obiaruku, Ukwuani Local Government Area, Delta State.

Though the circumstances surrounding the kidnap were still unclear as at press time, sources said she was adopted on Saturday while working in the farmland across River Ethiope.

‘The kidnappers are using the woman’s number to call one contact in Obiaruku, speaking Hausa, so they went for who to interpret for them,’ A source who preferred to remain anonymous said.

When Police Police Public Relations Officer of the state command, was Contacted, Onome Onovwakpoye said: ‘The person is missing. She went to farm on Saturday and she has not returned.‘

Meanwhile,  the BOT Chairman of Ukwuani Community Youth Leaders, Comrade Marcus Enudi, had lamented what he described as the continued kidnapping of Ukwuani women in their farms at Obiaruku by suspected Fulani herdsmen. He called on the state government to station a team of ‘Delta Hawk‘ in Ukwuani Local Government Area to check the criminal activities of the herdsmen in the area.

‘The continuous cases of kidnapping is overwhelming and may lead to crises in the area, if not nipped at the bud.

‘Our women cannot safely go to their farms again, even the men for fear of being kidnapped or killed. This will lead to food shortages and hunger very soon, we can’t keep quiet in this critical time. We can’t be afraid to go to the farm in our own land, because of criminals, parading as herdsmen’, he lamented.