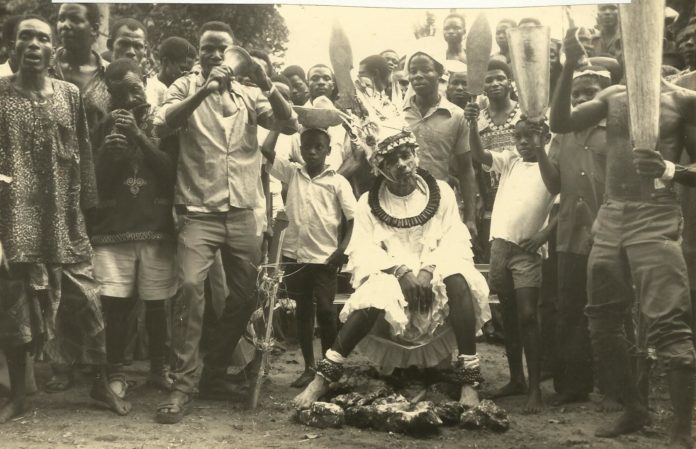 For ages now, more and more similarities are emanating from the Jewish Israelis of the Middle East and the Igbo people of Nigeria thus further strengthening the raging claim that Israelis are part of a lost tribe of Igbos who reside in the Southeastern part of Nigeria.

Both Igbos and non-Igbos partake in both acceptance and undermining of this claim. Do Jews actually have Igbo heritage? This question remains the most phenomenal issue among the Igbos after their quest for Biafran independence.

To believe that the Jews are one of the lost tribes of Ndigbo might sound ridiculous to a lot of people. But upon factual analysis, one is forced to rethink the possibility of this claim.

However, apart from the story of how they came into being, the biblical Jews also share some similar practices with the Igbos. And among the Igbos, these traditional practices predate the coming of the Christian missionaries.

Examples of shared traditional practices between the Igbos and the Jews include circumcising male children eight days after birth, refraining from eating ‘unclean’ or tabooed foods, mourning the dead for seven days and celebrating the New Moon. It is also imperative to note striking similarities in many aspects of life between the two people’s socio-religious beliefs and way of life. First, the Jews are adventurous and aggressive like the Igbos. The Jewish and Igbo customs permit a man to raise children from his brother’s widow. Both the Igbos and the Jews have a common tradition of lengthy funeral ceremony (Genesis 50:1-3). Igbos and the Jews use intermediaries in marriage negotiations and make a thorough family background check, this is practicable in Igboland up to the present time. Abraham did it while negotiating Rebecca for Isaac (Genesis 24.).

In 1789, thirteen years after America’s independence, Olaudah Equiano, a Christian Educated Igbo freed slave made a remark in his narrative on this same subject. He was quoted as saying: ‘The strong analogy which… appears to prevail in the manners and customs of my countrymen and those of the Jews, before they reached the Land of Promise, and particularly the patriarchs while they were yet in that pastoral state which is described in Genesis, which alone would induce me to think that the one people had sprung from the other.’

His essay was discarded just like the notion of the Jews being Igbos by some historians, while some other historians still carefully studied it alongside other pieces of evidence pointing to this fact. Mr. Equiano which was an English way of spelling Ikwuano meaning ‘four kindreds’ was known throughout his lifetime as Gustavus Vessa. He was not only known to propagate Igbo-Jewish heritage but was also a loud voice against the slave trade. Just like King Jaja of Opobo kingdom, he gained his freedom by hard work and strong belief to excel in whatever he did which he considered another hallmark of his Igbo heritage.

Supporting this belief is Daniel Lis, a foremost researcher on Jewish Identification among the Igbo from the University of Basel, Switzerland. He affirms that there has been a clear continuity of Igbo identity among the Jews. ‘It’s not just something that happened yesterday,’ he said.

Nobody knows when it was built, but archeologists have said that the pyramids have lasted centuries and are believed to have been built at the same time the first or second wave of Egyptian pyramids were built by the Nubians. With similar features to that of the Stepped Pyramid of Djoser at Saqqara, Egypt, one is forced to contemplate on the mystery behind their resemblance. And without exaggeration, it can be suggested that the knowledge of one must have led to the building of the other.

Be that as it may, it should be stated here for the purpose of clarity that the word Ndi Igbo/ Ndigbo mean the ‘Ancient People.’ And according to them, the British called them the IBO or (Heebos): A word synonymous to Hebrew.

There are other interesting arguments, with regard to the topic of this article, that has been presented by concerned Igbo scholars. Notable among them is the claim that the following Igbo words/phrases were used in the bible.

Jee na isi isi (Genesis): Known to be the first book in the bible, some Igbo scholars believe that the word is a corrupted version of the Igbo phrase ‘jee na isi isi’ which when translated in English means ‘go to the very first’.

Asaa bu taa (Sabbath): According to the biblical story of creation, God rested on the seventh day. Sabbath is a day set aside for rest and worship. The word is said to be thesame with the Igbo phrase ‘asaa bu taa’ which means ‘today is seventh.’

Chere ubim (Cherubim): Described in the Bible as a winged angel and represented in ancient Middle Eastern art as a lion or bull with eagles’ wings and a human face, Cherubim is regarded in Christian angelology as an angel of the second highest order of the nine-fold celestial hierarchy. However, the name is believed to be a distorted version of the Igbo phrase ‘chere ubim’ which means ‘guard my home.’ And of course, angels are guardians.

All these wouldn’t make much meaning if the wooden stool in Nri, which is considered as the cradle of Igbos does not exist, more so existing in the said location before Igbos made any contact with outsiders. The wooden stool is said to be made from a wood whose tree only exists or grows in the city of Jerusalem. This appears to be one of the most compelling pieces of evidence of Igbo Jewish heritage that ignited former Israeli Prime Minister Yitzhak Rabin to send delegates to Igboland in search of ‘Eri’ with the purpose of establishing this fact.

The research in this regard is still on but to what extent can one think of Jews having some sort of Igbo origin and how many pieces of evidence can be unearthed to prove this claim.

Kola nut is not only known for it’s origin to many American and European soft-drinks as well as it’s chewing by labourers to diminish...
Read more
Editorial

In the past, it was not fashionable in Igbo land to send girls to school. The kitchen was rather seen as the best place...
Read more
- Advertisment -