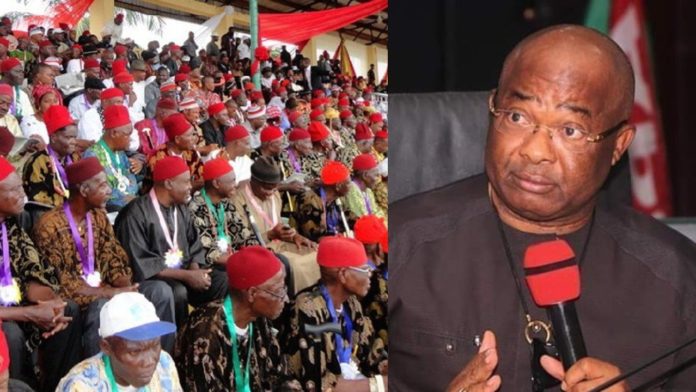 Ambassador Azunna Akpelu who is the new President of Ohanaezepeople Ndigbo in Imo State, has condemned the current Crisis in Orlu, which has led to the death of several innocent persons in the area while calling on the government to take urgent steps to forestall further breakdown of law and order.

The Imo Ohanaeze President who stated this on Thursday expressed disappointment over alleged killings of innocent civilians by the Nigeria Army, a development he described as unfortunate.

Ambassador Azunna Akpelu called on the state and federal government to immediately unravel the situation that warranted the shedding of innocent blood of Imo citizens right in their home and business premises in the Orlu senatorial zone of the state.

The Imo Ohanaeze stated that Imo and Igbo people, in general, are known for peace and tranquility in their personal and business life, wondering what would have prompted the exchange of gunfire between the Nigerian Army and yet be identified, armed men.

Akpelu called on the state governor to redouble his efforts in restoring normalcy in the affected areas and to do everything possible to tackle the current insecurity in the state, stressing that Imo state is currently the biggest holiday destination hob in Nigeria, particularly in the areas of hospitality and entertainment.