HomeFeaturesMan Kills Self, Wife, Son As He Sets House Ablaze In Anambra
Features

Man Kills Self, Wife, Son As He Sets House Ablaze In Anambra 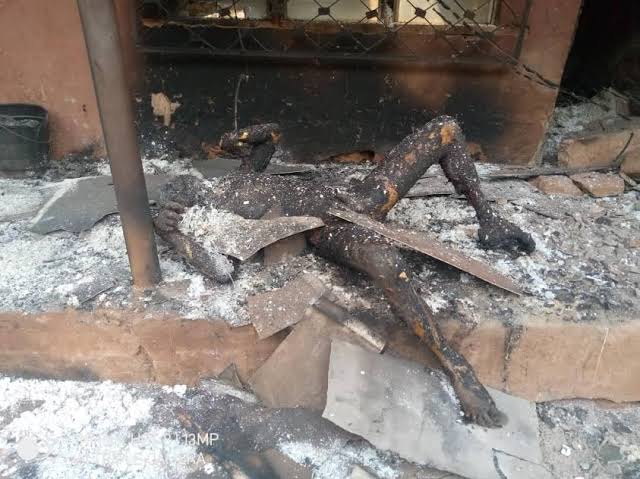 A hunter, Mr. Uchechukwu Nweke, 65, who allegedly killed his wife, Patricia, 55, and his 29-year-old son, Obinna in Anambra, has committed suicide.

The state Police Public Relations Officer (PPRO), CSP Haruna Mohammed, confirmed the incident in a statement on Thursday in Awka.

Mohammed said the incident occurred in the early hours of Thursday at Amanuke community in Awka North Local Government Area.

He said the late hunter shot the wife with a single-barrel gun and burnt his house along with his son, before shooting himself with the same gun.

He stated that the Chairman of the Amunike community vigilante who reported the incident on Thursday said it happened at about 3 a.m.

‘The chairman also reported that the deceased hunter burnt his house along with his son named Obinna Nweke, 29, in circumstances yet to be ascertained, before shooting himself using the same gun,’ he stated.

Mohammed said detectives from Achalla Police Station visited the scene and rushed the man, his wife, and the son to Uche Hospital, Isuanocha, where they were certified dead.

According to him, the bodies were deposited at the hospital’s morgue for autopsy.

The spokesman said the command had launched full investigation into the incident.