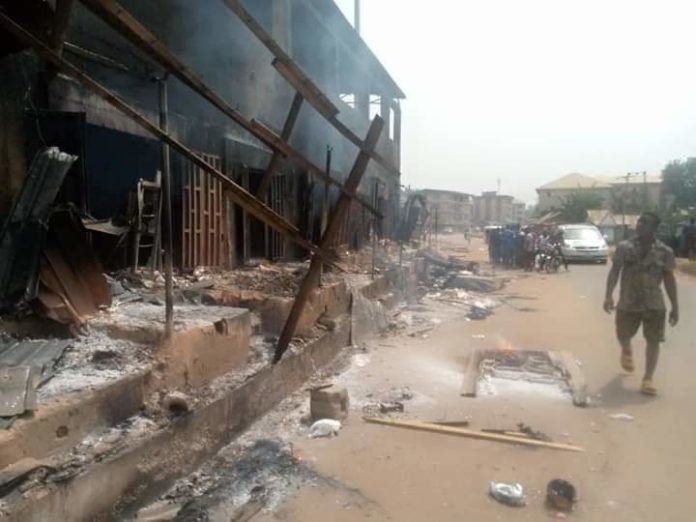 About 8 buildings including a church, Blessed Holy Trinity Sabbath Mission, in Okporo, Orlu local government area were said to have been allegedly set ablaze by some armed security operatives who invaded Okporo community in Imo state.

The incident according to a reliable source happened around 6 am on Friday, when the security operatives came in search for the members of Eastern Security Network, ESN, in the area.

It was said that one person died at the market square during the security operation.

An insider told Vanguard that, ‘The burning of the church was carried out by those masked security agents and the church that was burnt was the Holy Trinity Sabbath Mission in Okporo,  Orlu local government area.’

‘These security men came in their Hilux vehicles entered into the community and searched for these men as they did not see them they starting shooting and caused tension in the community.’

Reacting, the state Police Public Relations Officer, PPRO, Orlando Ikeokwu, said that he was not aware of any causalities, However, that ‘What I know is that  there is a military operation going on in the area.’