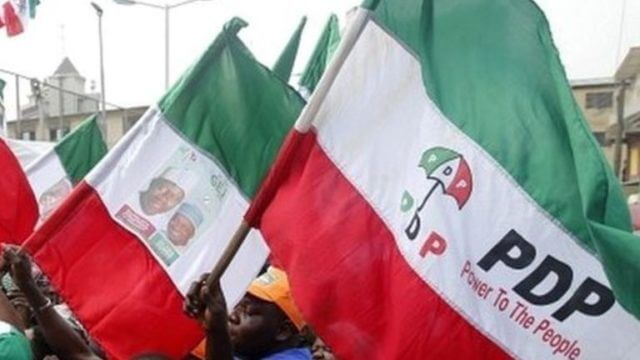 The acting National Vice Chairman of the PDP in the South-East Zone, Chief Ali Odefa, stated this during the PDP Edda Day, which held at Echara village, Ekiti Edda community, in the Afikpo South Local Government Area of the state on Tuesday.

According to Odefa, Umahi’s sudden threat of clampdown on cultists and their sponsors in the state, was geared towards diverting public attention from his planned witch-hunt of perceived political opponents.

He said, ‘It’s a lie; what the state government under Umahi is brandishing that money was missing in the department I superintended before. No money was missing. Umahi is the mother of all lies and he could get to any length to get people to believe him.’

‘Umahi is the chief sponsor of all the killings, cult activities and intimidation currently going on in Ebonyi. We know him and we know that he is doing all these to weaken us; but he won’t succeed. He cannot succeed in forcing everybody to join him in the APC. Our people have rejected him, and this is because Ebonyi State is PDP and PDP is Ebonyi State.’

Meanwhile, the member representing Abakaliki /Izzi Federal Constituency in Ebonyi State in the House of Representatives, Sylvester Ogbaga, has faulted Umahi’s claims that National Assembly members from the state also planned defecting to the APC.

Ogbaga, who also spoke at the PDP Edda Day, said the governor only notified them of his defection after he had perfected the deal.

He said the governor’s claim that he left PDP for APC as a protest of injustice done to the South-East by the PDP was wrong, adding that though a sitting governor, Umahi alone lacked the power to negotiate Igbo interest in national politics.