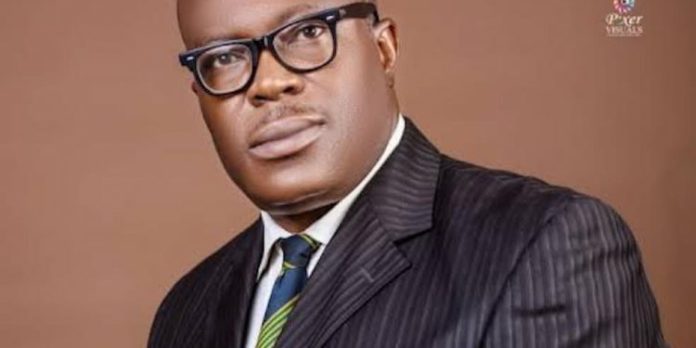 As the race for who will succeed Governor Willie Obiano in the next gubernatorial election in Anambra State gets underway, politician and businessman Hon Don Fitex Chukwudum has declared his intention to run for the office of State Governor.

Chukwudum, popularly known as ‘Fitex’, was a former House of Assembly candidate for Onitsha North 2 constituency during the 2011 general elections.

An alumnus of Nnamdi Azikiwe University, Awka, Fitex has also been a liaison officer for the Government of Anambra State in Onitsha North.

Making his intention known to select friends in Onitsha recently, Chukwudum, who will vie under the All Progressives Grand Alliance (APGA) party platform, said he possesses the experience, commitment, passion and genuine desire to serve Anambra State in the capacity of Governor.

He said that having been an opinion leader as well as a market leader for over two decades, he is hoping to usher in a paradigm shift. What he described as ‘an innovative ideology that will discourage ‘monetisation’ of politics and make it possible for qualified and deserving good men and women of proven integrity to win elections without corrupting the conscience of the people with money’.

From Okija in Ihiala LGA, Anambra South senatorial zone, but grew up in Onitsha, he said his area of study as a social scientist gives him an edge over anyone else as a round peg is about to be placed in a round hole.

He said that in addition to his experience as a Social Engineer, Business and Human Manager, his campaign strategy is going to be novel, whereby the people’s votes will and must count and go to the best candidates as chosen by them with the capacity to offer great leadership and not diverted to mediocre money-bags.

‘I have been an opinion leader as well as a market leader for over two decades protecting the traders against external aggression and extortion. This position availed me the opportunity to understand and feel the needs of an average trader, artisan and market women that deals on petty stuffs. I meticulously articulated these needs and found solutions to them within my capacity as their Chairman.’

‘At this auspicious time that our dear State needs to consolidate on the gains of the past and present government, many well meaning Anambrarians, friends, political and business associates, professional colleagues to name a few have appealed to me to run for public office once again.

‘After due consultations with my family and some Stakeholders in the State, I have, therefore, decided to offer myself to serve our State in the capacity of Governor under the Platform of the All Progressives Grand Alliance (APGA).

‘I have the prerequisite pedigree, with the advantage of a grassroots personality, who was born and bred in the city of Onitsha, Anambra State. I have lived and intermingled with the poor, the middle class, as well as the very rich in Anambra State and therefore, I have a firsthand knowledge of the nooks and crannies of my dear State and its peculiar challenges.

‘I adequately understand the class stratification that exists, the needs of both classes and ways to strike a balance by systematically bridging the wide gap between the haves and the have-nots.

‘My over 30 years working knowledge in the State has given me great insight as to what needs to be done for Anambra State to witness unprecedented transformation within my first 365 days in office to make it truly the Light of the Nation that it is.

‘As we progress in this journey to move Anambra State forward and bring forth transformational leadership that will place her in the pedestal of rapid development in all sectors, we shall, as well, update you on our “Vision and Mission”,’ he said.