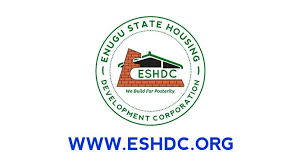 Enugu State Housing Development Corporation, ESHDC, has disclosed that the Governor Ifeanyi Ugwuanyi administration was focused on rural housing schemes so as to diversify rapid growth in the state.

Chairman of ESHDC, Mr. Chuks Agu made the disclosure when he received the people of Amankpaka Ugwuogo-Nike Autonomous community in Enugu East Local Government Area.

He commended the Amakpaka Ugwuogo-Nike community for supporting government policies and programmes, such as the citing of a Housing project in the community, noting that the Ugwuanyi administration was committed to developing rural communities to make lives better for the people.

Traditional head of the Community, Chief Damian Edeh and the vice Chairman, Council of Elders council, Chief Chibueze Nwodo said the community would give state government all the needed support towards the realisation of the vision for a housing project in Amakpaka community.

The community leaders frowned at a recent media report which alluded that the land for the project was taken forcefully by the state government, insisting that the acquisition was  a unanimous agreement by the community.

The Chairman Board of Trustees, Amankpaka Community, Mr Gab Onu, and the General Secretary of the Community, Mr Anthony Ogbodo stated that the said land had been lying fallow and serving as hideout for criminals.

‘This is our land that we wanted to sell but could not get the right buyer due to economic situation in the country. After several meetings with the entire community, it was agreed that we should approach the State Housing Development Corporation to help us develop the land like they are doing in other places. We are surprised to hear that the land was forcefully taken. It was indeed an embarrassment to the community.’

‘We are here today to appeal to the State Governor, Chief Ifeanyi Ugwuanyi whom we hold to a high esteem, through the Ministry of Housing Development Corporation not to be deterred by such cheap blackmail. We want the project completed as soon as possible.’

The community Youth leader, Mr. Obinna Onu and the Secretary, Mr Okechukwu Oguebe noted that the action of those entrusted with the power of attorney was in line with the decision of the people and advised those in opposition in the community to embrace peace for sustainable development of the community.