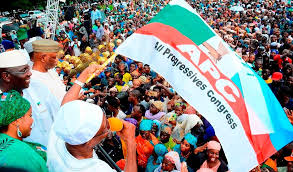 The Abia State All Progressives Congress, APC, Deputy Chairman, Chief Adiele Ogunka John, has advised Ward Chairmen in the Ukwa West local government area of Abia State, to remain focused on ensuring that there would always be unity in the party.

In his address to the Ward Chairmen at the Success Hotel, Umuelechi, Asa, Ukwa West last Friday, Chief John, who is also the leader of the Ukwa West APC Caucus, reminded them that it was their responsibility to cater to the interests of all members of the APC in the area, adding that no party leader had a right to dissuade them from attending any meetings organised in the local government.

He appealed to the Chairmen to carry all members in their various Wards along in all activities of the party, as it was impossible to build a strong and virile party if divisions were allowed to hold sway.

He said, ‘you all know that there is strength in unity, and in politics if we allow divisions, our opponents will take advantage of the situation to undo us, particularly during elections.’
‘As the leader of the Ukwa West APC, I will not support any person occupying any party position or be privy to any plans by any party leader to intimidate any of you, provided you are working in tandem with the motto of the party which centres on justice, peace and unity.’

Continuing, he said, ‘Notwithstanding the resources that I have put into the party since I joined the APC some years ago, which have not been rewarded in any form, I have not done anything that will discredit the party; so I urge you as Ward Chairmen to also continue to show strong commitment to the party. I know that if we win elections in our area and our State, we are all going to enjoy.’

Speaking on the occasion, the Chairman of Ozar Ukwu Ward, Mr Chidi Nwagbara, disclosed that all the Ward Chairmen in the local government area had agreed to pay solidarity visits to the Abia State APC deputy Chairman, Chief John and the Chairman of the party, Chief Allwell Enwereji to ensure that the party would continue to forge ahead positively in spite of the many challenges facing the party in the local government area.

The meeting also had in attendance, ThankGod Ntaku, Dr Ibe Ememe, Ibe Nworgu, the former Chairman of the party, Chief Nza Junior and Chukwu Ogbuji, the youth leader of the party in the local government area.

Biafra Nations League, BNL, has lambasted the Rivers State Governor, Nyesom Wike, describing him as a man who does not know his roots. The group...
Read more

The Human Rights Writers Association of Nigeria, HURIWA, on Saturday cautioned the heads of security forces and the Armed forces against allowing themselves to...
Read more
Load more