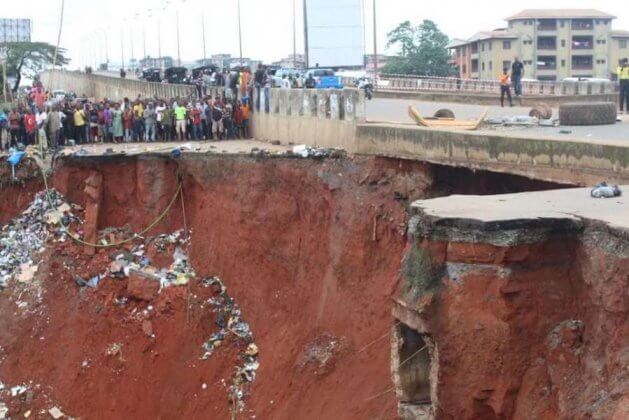 Oba Community in Idemili South Local Government Area of Anambra State has called for the intervention of the federal government through the Minister of Environment, Sharon Ikeazor, to resolve lingering problem of erosion in the community.

Regent of Oba, Prince Noel Ezenwa who addressed journalists yesterday in the community said the leadership of the community had written to the Minister of Environment, Ikeazor and to the member representing the area in the House of Representatives, Hon. Obinna Chidoka, both of who hail from Obosi, a neighbouring community to Oba.

“We have written to the Minister of Environment, Mrs. Sharon Ikeazor and Member Representing Idemili North and South Federal Constituency, in the House of Representatives, Hon. Obinna Chidioka.

“The two have also visited the site and were alarmed at devastation erosion caused by the sand mining activities, and promised to talk to the state government, to stop the activities of sand miners.

“We are calling on them to help resolve the problem of erosion by checkmating the activities of sand miners in the community, which has escalated erosion in the area.”

The community said the activities of a certain sand mining company in the area was responsible for the erosion and called on the ministry to prevail on Anambra Governor, Chief Willie Obiano to stop sand mining in the area.

“The community is calling on the federal government through the ministry of environment to urge Anambra State government to wade into the matter and save the community from further losing her land,” he stated.