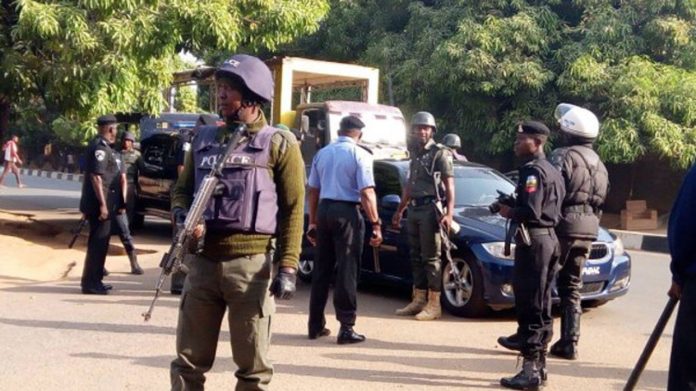 The Imo State police command has called on members of the Local Government chairmen sacked by Hon. Emeka Ihedioha to desist from their planned protest on Monday.

According to a police press release, the group is standing on their recent victory at the federal high court, where they were ordered to go back to office, when there is another stay of execution and status quo obtained by the Interim Management Committee, pending an appeal on the matter.

The police said they are aware of all legal angles of the matter, calling on the group to desist from any act that will cause break down of law and order in the state.

It has come to the notice of the Imo State Police Command that the ousted Local Government Chairmen and their supporters are planning to forcefully take over office simultaneously on Monday 13/7/2020. This is the sequel to the claim that the Federal High court ruling is in their favour. The appeal and stay of execution to that ruling has been received by the office of the Commissioner of Police Imo State. Just on 09/07/2020, the Appeal Court Order for the parties involved to maintain the status quo.

The Command, therefore, wish to warn those trying to cause problems to desist from this act that is capable of leading to the breakdown of law and order as the Command will not hesitate to arrest and prosecute anyone taking laws into his/her own hands.

The Command is fully aware of the court judgement directing them to return to the office,  and also the stay of execution and status quo obtained by the Interim Management Committee. To this end, the command wishes to warn both parties to maintain status quo as directed by the court until a final judgement is pronounced.

HAVE YOU READ?:  Sen. Shehu Sani donates $1000 to Nigerian authors

The command wishes to state clearly that it will be ready to enforce and ensure the execution and compliance of the court judgement as soon as all legal processes are exhausted and verdict received.

Similarly, the IMO STATE POLICE COMMAND wish to remind all the parties involved that the COVID 19 restrictions and directives are still in existence,  as such, the ban on all forms of gathering/assembly is still in place, there shall, therefore, be no protest or gathering of any kind. Any person or group of persons found violating this executive order as issued by the President of the  Federal Republic of Nigeria, will be arrested and prosecuted in accordance with the laws.

Members of the public are advised to go about their lawful business as the Command is still in the business of protecting lives and properties.