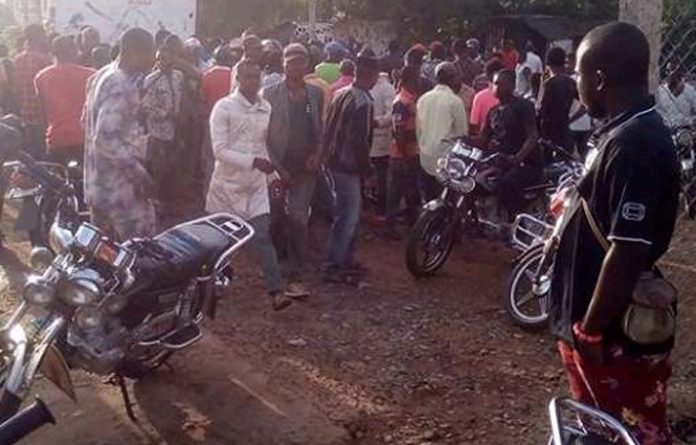 A cyclist (Okada man) was reportedly shot dead by a police officer yesterday for not giving him ₦50 as a penalty for not wearing his facemask at Banana junction in Amaifeke Orlu local government area of Imo state.

Immediately the cyclist was confirmed dead, hundreds of residents and angry passers-by took to the street in protest to express their anger over the killing of the Okada man.

The Eastern Updates gathered that the policeman and his team escaped by shooting sporadically in the air to prevent been apprehended by the angry protesters.

“But the Okada man refused but pleaded that he did not have any money with him and that he will do something next time. The policeman was not satisfied with the response and he cocked his gun and the next thing we heard was a gunshot.”