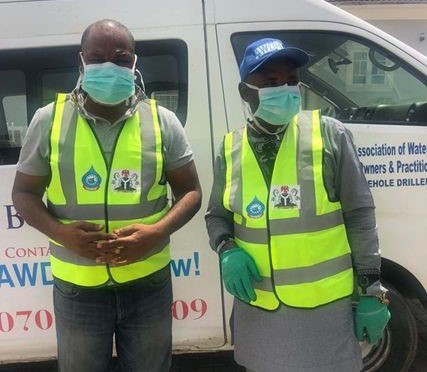 The Anambra State Police Command has declared a manhunt for an illegal COVID-19 task force that disrupted a funeral ceremony in Eziowelle community, Idemili North Local Government Area (LGA) of the state and extorted money from the mourners.

The police have ordered a total clampdown on the illegal team and vowed to arrest and prosecute those involved in extortion, harassment or intimidation of people under illegal COVID-19 task force.

The illegal task force team, which claimed to be authorised by administrators of the community, chased away sympathizers and stopped the mourners from burying their 65-year-old mother who died after a protracted illness.

The group, accompanied by armed policemen, reportedly succeeded in extorting over N90,000 from the bereaved family. However, the youths in the community, who were angry at the development, confronted the task force and engaged them in a free for all.
It was gathered that elders of the community quickly intervened and stopped what would have resulted in a bloodbath.

Chairman of the aggrieved youths, Chief Ugochukwu Asikwo, told Daily Sun that youths were pushed to the wall by the illegal activities of administrators of the community who he alleged connived with the illegal task force and police to extort money from the bereaved family. According to him, “They claimed they were after security and development levies, but there is no such thing in our community because we have since rejected administrators of our community because of the atrocities they have been committing.”

Another leader in the community, Chief Anthony Ojemba Chigbo, alleged that the rejected administrators in the town have been using the illegal task force team to extort huge amounts of money from members of the community under one guise or another.
Chigbo, therefore, called on the Anambra State government and the police to intervene without delay. An elder in the community, Chief Emeka Molokwu, also stated that a government gazette stipulated N1,500 for burial ceremonies, but the illegal team collected more with threats, harassment and intimidation.

Meanwhile, the Anambra State police public relations officer, SP Marina Mohammed, who spoke on behalf of the Commissioner of Police, John Abang, stated that the command would clamp down on all persons involved in extortion, harassment, intimidation, assault and wearing of masks, claiming to be enforcing COVID-19 measures.

Mohammed further stated that the police would apprehend the hoodlums, who wore reflective vests and operated in shuttle buses and tricycles with stickers bearing ‘COVID-19 Task Force,’ as no such task force was constituted to operate in the state.