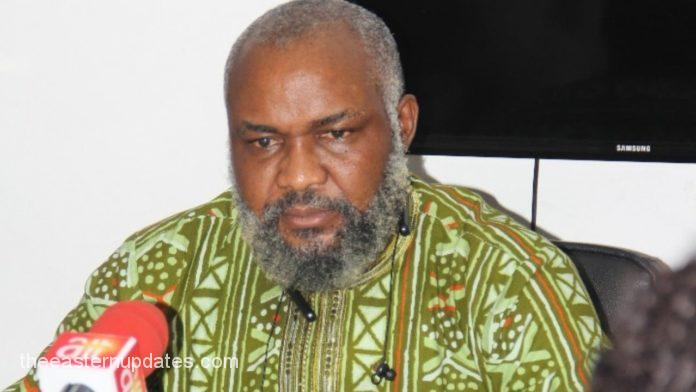 The Human Rights Writers Association of Nigeria (HURIWA) has called out the governors of the South East urging them to articulate and publicise a workable security template for the region.

The group said the move would help to stem rising rate of terror attacks and other criminal activities in the region.

Onwubiko expressed worry that Federal Government and states in the South East have abandoned the people of Igbo land in the hands of armed terrorists, who are seeking to enforce the illegal Mondays’ sit-at-home order, which was allegedly directed by Finland-based Simon Ekpa.

Read Also: Insecurity: It Is Time To Change Methods – HURIWA To Uzodinma

“Reports on security issues and their implications point towards a coordinated plan by some forces to deny Igbo their democratic rights to vote and be voted for in the coming elections.

This is, therefore, a clarion call for South East political leaders, both elected and appointed, to articulate and publish, as well as start implementing a thoroughly articulated security blueprint and template for the region.

In a statement, HURIWA stated that the rationale for the security template is based on over reliance on the intervention of President Muhammadu Buhari led Federal Government, which has failed to stave off terror attacks across the country, necessitating such subnational and regional approach to fighting insecurity.

The group reminded South East governors that despite Buhari’s directive to the Nigerian Armed Forces and other security formations to end insecurity and restore order and stability in the country by the end of December 2022, terrorism has continued to fester.

Four policemen were killed on January 2, 2022, when gunmen bombed the convoy of former governor of Imo State, Ikedi Ohakim, in Ehime Mbano Council of the state.

HURIWA recalled that data analysed from reported cases reveal that out of 671 deaths recorded in the last four months, 614 were civilians, while 47 were police officers and 10 soldiers. The data also reveal that at least 1,321 people have been abducted between September and December 2022.