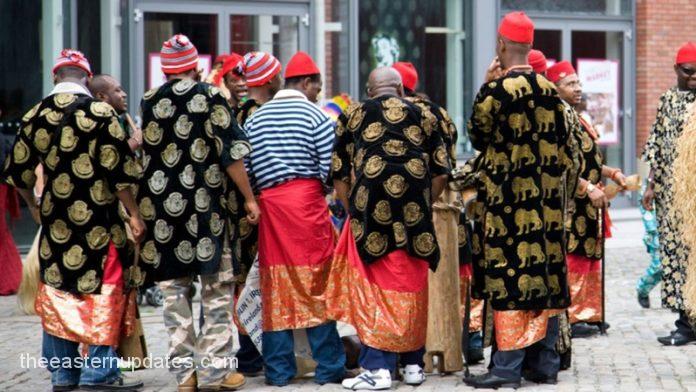 Against the backdrop of the demise of the President General of Ohanaeze Ndigbo worldwide, professor George Obiozor, Igbo youths have appealed to his deputy, Kingsley Dozie as well as southeast governors to defend the interest of the zone in the forthcoming general elections.

The Igbo youth group under the aegis of the Coalition of South East Youth Leaders, (COSEYL) in a statement by its President General, Goodluck Ibem, noted that the zone can not sit back to lose the presidency position to another again.

According to the statement ‘The Vice President General of Ohanaeze Ndigbo Dr. Kingsley Dozie and the entire leadership of Ohanaeze Ndigbo Worldwide, while mourning the passing of our revered President General Ambassador George Obiozor which is very painful to all, should also endeavor to step-up to defend the collective interest of the entire Igbo race as the 2023 elections draws near.’

‘The Vice President General of Ohanaeze Dr. Kingsley Dozie and the entire Ohanaeze executive should please work assiduously to defend the collective interest of over 50 million Igbos living in the country’. Ibem stated.

He however continued; ‘The demise of our revered leader is really painful and saddening but the fate of Ndigbo for the next 4 or 8 years will be decided next month February and March 2023 and we cannot afford to sit back and watch other people take what is rightfully ours.

‘We call on our South East Governors, Igbo political leaders, traditional institutions, and all Ndigbo to support Ohanaeze leadership as they work assiduously to defend the collective interest of our people.

We as youth leaders will work tirelessly to support Ohanaeze Ndigbo Worldwide to ensure that the interest of Ndigbo is protected as the 2023 elections draws near. He stated.