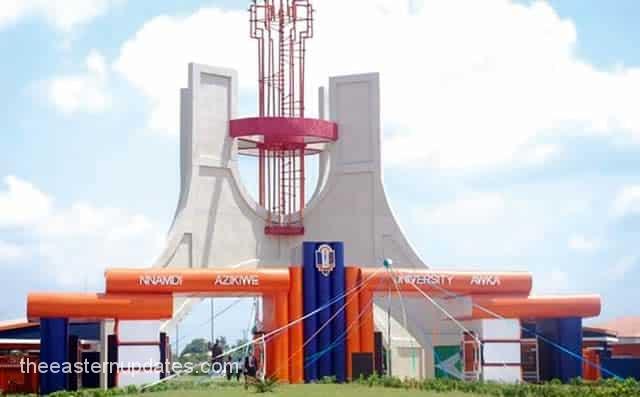 A 200-level student of the Nnamdi Azikiwe University, Awka whose name was simply given as Daniel, has been shot dead by armed robbers while trying to recover his phone from armed robbers in his lodge.

According to an eyewitness, the incident happened on Sunday when the victim’s phone was taken by some armed robbers who raided his lodge.

The eyewitness who spoke to The Eastern Updates said, ‘Daniel obediently gave his phone to the armed robbers but requested his SIM card; the robbers agreed to give him his SIM card.

‘While holding his gun and struggling to remove a phone in a tight pack to give Daniel his SIM card, the hoodlum pulled the trigger and he (Daniel) was shot in the stomach.’

The source said Daniel was quickly rushed to hospital, where he gave up the ghost due to the excess loss of blood.

The Eastern Updates can confirm that Daniel died in a hospital.

Confirming the incident, the Anambra State police spokesman, DSP Tochukwu Ikenga, said the police had intensified patrol and surveillance around the area.

‘This is unfortunate, I got this information from the SUG president last night. Police patrol has been on since then. I urge the witness of the incident to help us with information to investigate please,’ Ikenga added.

The Eastern Updates reports that the security situation in Anambra State has continued to worsen in recent times.