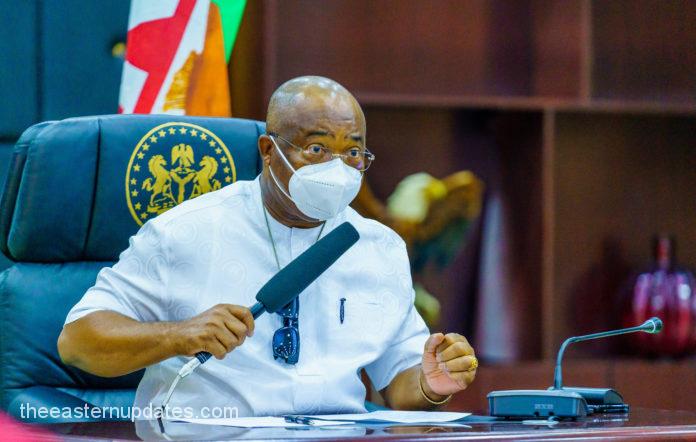 The Governor of Imo State, Hope Uzodinma has urged members of the Special Investigations Panel on oil theft/losses in Nigeria to be courageous in discharging their assignment, describing the place of crude oil in the economy as ’the brain of the country.’

The governor spoke when he received in audience, the chairman and members of the panel on a courtesy visit to him at the Government House, Owerri, yesterday, led by Barry Ndiomu.

He wondered why the life wire of Nigeria should be left in the hands of few individuals to ‘open the body and remove the brain.’

Uzodinma commended the wisdom of the Federal Government in setting up the panel for the purpose of ‘reducing the dangerous crime of oil thieves who are determined to cripple the economy of the nation.’

He said the Nigerian Governors’ Forum and other well-meaning persons had long suggested that a special committee be set-up to unravel the crude oil theft in Nigeria and expressed happiness that the body has eventually been established.

The governor expressed joy that in recent times the crude oil production level has increased and expressed confidence over the calibre of members of the committee who he described as ‘men and women of impeccable pedigree.’

He then charged them to ‘find the courage to do the work and expose the thieves and even prosecute them.’

Uzodinma said two factors have contributed to the successes of oil theft in the country – internal and external security.  Internally, he said the security appears compromised, not properly mobilised and equipped to fight the malady, while externally, the security needs to be properly coordinated or synergised.

He told the panel that in Imo State his administration is doing her best, in conjunction with the security agencies, to check oil theft, noting that “the result is that now things are getting better than the situation we met in 2020 when we assumed office.”

To achieve better result in taming oil theft in the country, Uzodinma recommended that the fight must involve the local communities/vigilantes, the state and Federal Government security agencies.