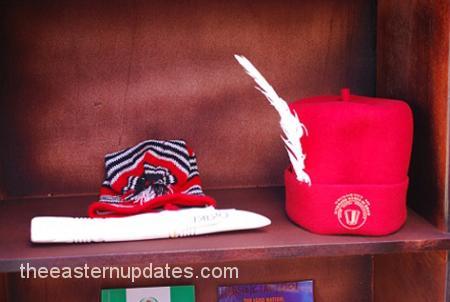 People from the South East extraction who are based in Finland would today be meeting to deliberate on the unending sit-at-home orders in the region and the consequences of such orders.

A splinter group purporting to be Indigenous People of Biafra (IPOB) has been issuing sit-at-home orders, unleashing violence on those that disobeyed the directives.

Not even an attempt to dispel the order by the mainstream IPOB, through its spokesman, Emma Powerful, could save the situation as violence had been the order of the day in the region.

He said: “There is no doubt he is working for some people because no true-blooded Igbo will do something to jeopardise the lives of his people. The Leader has always said that he cannot take a life because he doesn’t give life. So, why will people take other people’s lives?

“Why will you kill the same people you say you are fighting to protect? It doesn’t make sense. It is just obvious that Ekpa is working for some people to destroy what the Leader has built over the years. Why would he give a sit-at-home order? Under whose authority will he do that?

“My brother (Nnamdi Kanu) told me clearly that he did not authorise any person or group to order for sit-at-home. So, why do that? Who is he doing it to impress? It is only a paid agent that will behave the way he does.”

The Ohanaeze Ndigbo similarly condemned the violence. On Thursday, Ebonyi State Governor, David Umahi Umahi also speaking on the issue, added that the splinter group was leading terrorists to destabilise the region.

Addressing stakeholders and party members of All Progressives Congress (APC) in Abakaliki, Umahi said that Ebonyi State would not be part of Biafra, even as he lamented the continued killings and destruction of lives and property in the zone.

“Is this the Biafra we desired, to be killing ourselves and displacing others? That’s why we said in the heat of that crisis that Ebonyi State can never be part of Biafra. We are not Biafra.

“If Biafra means to kill ourselves, to go to the market and start shooting people that have done nothing, to be declaring sit-at-home in our homeland and destroying the economy, for what reason? These things are strange to our culture.

“They have killed a lot of Ebubeagu people who are trying to protect our people. I ask all the local government people to give us information because we are ready to enter into the forest to flush out these bandits.”

It will be recalled that Ifeanyi Ejiofor, counsel to the detained IPOB leader, sued Ekpa within the week for crime against humanity in the South Eastern part of Nigeria.