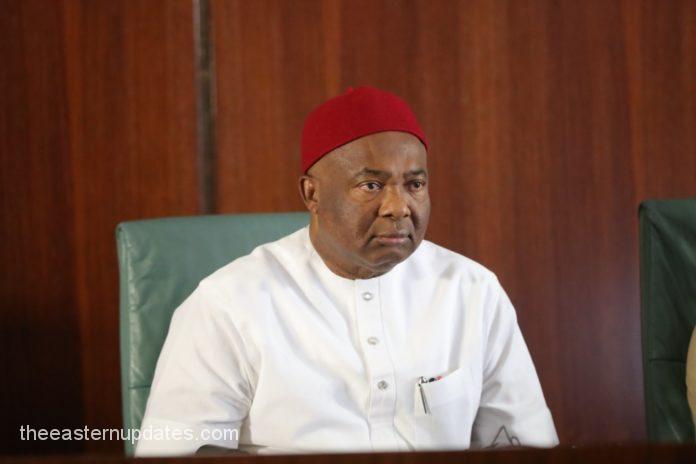 Plans have been concluded by members of staff of local government councils in Imo State to stage a protest rally in the first week of December over the non-payment of their 31-month salary arrears.

According to the workers, the protest rally will be such that has never been witnessed in the state since its creation in 1976.

Aggrieved representatives of the workers stormed the office of the chairman, Local Government Service Commission (LGSC) in Owerri to voice their grievances on behalf of their colleagues.

Spokesman of the workers who craved anonymity told reporters over the weekend that they were now poised for a showdown with the administration of Senator Hope Uzodinma, as they were no longer comfortable with its ‘fake promises’.

According to him, workers at the local government councils numbering 946 have not been paid for 31 months and government keeps making promises without fulfilling them.

The spokesman further disclosed that some of their colleagues have died out of frustration triggered by the unpaid salaries and huge debts they were owing people.

In another report, Justice Inyang Ekwo of the Federal High Court Abuja has issued a warrant for the arrest of the Deputy Speaker of the Imo State House of Assembly, Hon. Amarachi Iwuanyanwu, following his alleged involvement in a ₦785 million fraud.

In a ruling, Justice Ekwo directed the Economic and Financial Crimes Commission (EFCC), and all security agencies to arrest the lawmaker on sight, within and outside Nigeria, and produce him before the court or the EFCC headquarters.

The order for Iwuanyawu’s arrest was a sequel to an ex-parte application dated November 14, which the EFCC brought before the court through its lawyer, Mr. Olanrewaju Adeola.

The EFCC told the court that it got intelligence that the lawmaker had since escaped from the country and is currently hiding in the US.