HomeUncategorizedThere Is No Garnish Order Anywhere Against Us - Ebonyi Govt
Uncategorized

There Is No Garnish Order Anywhere Against Us – Ebonyi Govt 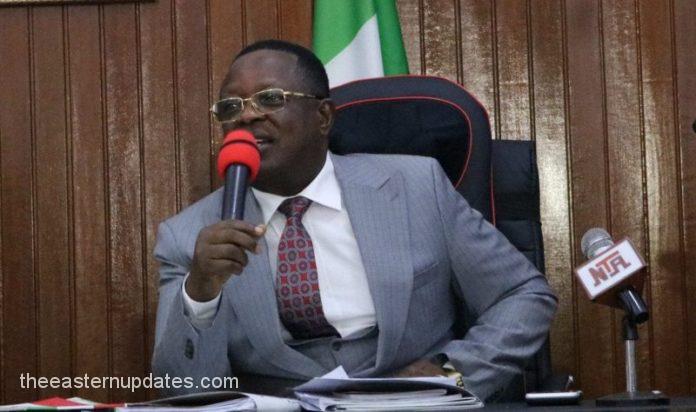 The government of Ebonyi state has dismissed reports in some sections of the media claiming that financial accounts of the state government had been garnished through a court order.

Mr. Uchenna Orji who is Commissioner for Information and Orientation in a statement on Tuesday described the publications as false and misleading.

He, therefore, urged the public to discountenance the said publications as nothing but the shenanigans of unscrupulous elements who were scheming fruitlessly to extort money from the government.

‘The general public is enjoined to discountenance the claims thereof as shenanigans of unscrupulous elements who are on a forum shopping over a clearly and notoriously baseless allegation of performing consultancy services for the Government of Ebonyi, and please discard their claims as vaulting ambitions of greedy people who are on fruitless enterprise and wild-goose chase looking undeservedly for funds meant for the development of Ebonyi State.

‘i That the persons who instituted this Suit do not have the consent of Andrew Bishopton Nig Limited to institute the case.

ii. that the company’s Directors never passed any Resolution authorizing the commencement of the Suit.

iii. that the State Government and/or Local Government Councils do not owe Andrew Bishopton Nig Limited any sum.

iv. and that the Suit was brought in bad faith as the State Government and or Local Government Councils are not indebted to Andrew Bishopton Nig Limited in any sum”