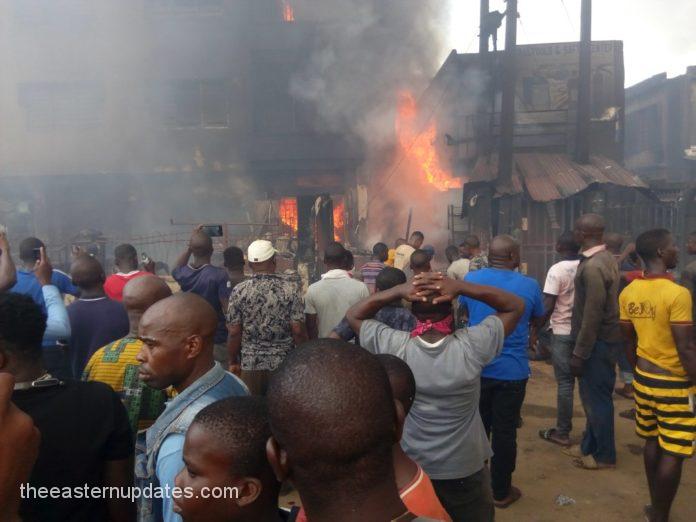 No fewer than 12 blocks of shops have been destroyed by fire at Nkwo Umunze Market, Umunze in Orumba South Local Government Area of Anambra State.

The Eastern Updates gathered that although no life was lost the fire started around 6.16 am on Friday from the New Life Line of the market.

The cause of the fire had not been ascertained as of the time of filing this report, but eyewitnesses in the market said goods worth millions of naira were destroyed in the inferno.

Confirming the incident, the state fire chief, Martin Agbili, said the cause of the fire was still unknown.

“Immediately, we deployed our firefighters and firefighting truck to the scene of fire. The fire outbreak which emanated from New Life Line, affected about eight block shops and about four batcher shops.

“There was no lost of life and the cause of the fire outbreak is unknown as no one knew how the fire started.”

Agbili cautioned the people to avoid anything which can cause fire outbreak during this hot season.

He commended those who controlled and fought the fire before the arrival of firefighters, just as he appreciated former Deputy Governor of the State, Emeka Sibudu, who visited the scene to sympathise with victims and encourage the firefighters.