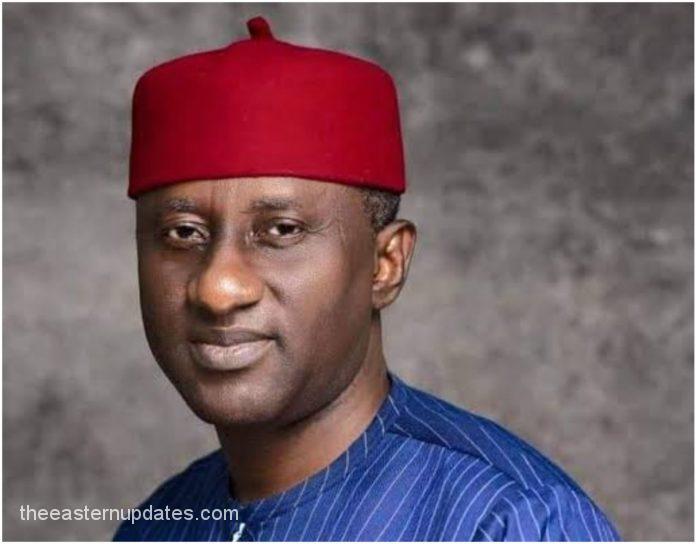 The leadership of the Abia State chapter of the All Progressives Congress (APC) has rejected Dr. Uche Ogah, former minister of state for Mines and Steel Development as its governorship candidate, insisting that he has no legitimate claim to the governorship ticket of the party.

Justice Binta Nyako had in the judgement delivered on November 11 affirmed a primary election conducted by Ogah as against the one conducted by the APC national leadership from which Chief Emenike emerged as the party’s governorship candidate.

Read Also: There Is No APC In Abia State Without Me – Ogah Boasts

In a statement issued at the weekend in Umuahia, and signed by the state chairman, Dr. Kingsley Ononogbu, state secretary, Chidi Avajah, and publicity secretary, Obinna Atuonwu, the leadership distanced the party from Ogah, saying he has no cause to rejoice over the judgment delivered in his favour by the Federal High Court.

The Abia APC leaders expressed dismay that “Uche Ogah and his dwindling number of associates have been living in fool’s paradise and feasting on the Court judgement that awarded him a phoney victory.

“When Ogah and his followers wake up from their slumber, they will realise that they have been sold a dummy which will not stand further judicial scrutiny,” the party leaders said.

The party leaders said the need for them to make clarifications “has become necessary due to misinformation and disinformation going on within sections of the media space thereby painting a wrong picture of the true situation.”

According to them, the judgment delivered by Justice Binta Nyako was a miscarriage of justice to the effect that a meddlesome interloper should be candidate of a party, mainly based on INEC report.