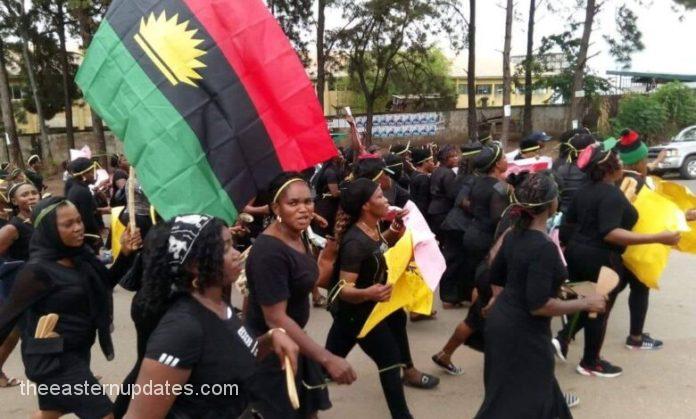 The Stakeholders of the Indigenous of Biafra, IPOB, have made an open announcement that there will be no need to observe the mandated sit at home in the South East on Tuesday.

In a statement which had been signed by Emma Powerful, the organisation’s Spokesman, he has noted  there is no sit at home order for Tuesday.

Tuesday, 4th of October 2022 is a day the secessionist group is going to challenge the Nigerian Government over what it described as the illegal abduction and extraordinary rendition of their leader, Nnamdi Kanu from Kenya to Nigeria.

“Nigeria Government must provide evidence to the world on how and why they kidnapped and renditioned our leader Mazi Nnamdi KANU to Nigeria at Umuahia High Court,” the group added.

“Yes, that day is his court date but he is not appearing in court on that day, therefore, there will be no sit-at-home on that day.”

The group called on everyone to ignore rumours of sit at home order and warned those responsible for peddling the falsehood to stop it immediately.

“IPOB is watching those with such mindsets who suffer our people. They will regret their actions soon.

“Anybody who contributes to the death of our people will pay dearly whether he or she is security personnel, civilian, religious leader, man, woman, including the politicians who contribute in small or big measure to ensure that our people incurre human, and material losses. They will all pay dearly,” the statement added.

In another report, the Indigenous People of Biafra (IPOB), yesterday, replied to the Inspector General of Police, IGP, over his alleged claim that the pro-Biafra group wants to attack political campaigners, saying that the police, rather, are plotting to attack campaigners opposed to his appointing authority.

IPOB had that the IGP, as has been ordered by his appointing authority, is planning to use his men to attack political campaigners for the popular candidates that are giving his benefactors nightmares, due to their popularity.

The group, however, said that the Police boss’s attempt to link IPoB with a party and election matters in Nigeria is to divert the attention of Nigerians from the evil he and his men are plotting against the candidates of other political parties that are more popular and accepted by Nigerians than his appointees own party candidates.