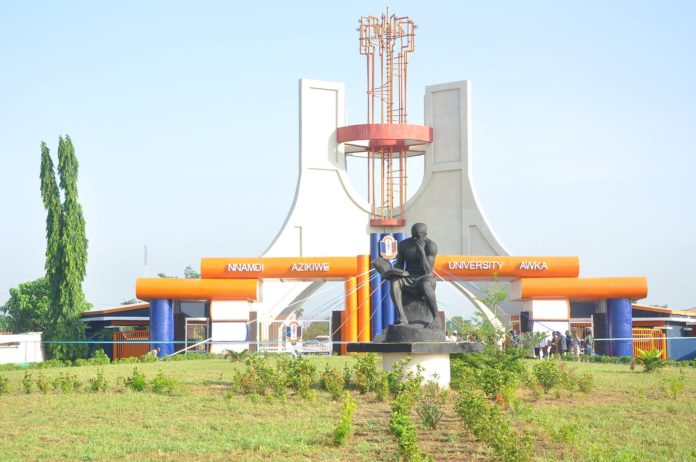 The Anambra State Government has finally suspended all the operations which a hotel which has been identified as the Wintess Garden Annex in Awka, the state capital, where a viral sex party had been allegedly held last weekend.

Some of the viral videos which are being circulated on the internet of a party held in Wintess Garden Annex, Ifite Awka, saw some of the participants having sex among themselves.

Mr Donatus Onyenji, Commissioner for Culture, Entertainment and Tourism who signed a seal order said the action was to enable government and security agencies conduct further investigation on the matter.

Part of the letter to the hotel read: “Our attention has been drawn to the social media video of live sex and pornographic content (sex party) conducted on 3rd September at an open place in your hotel/facility.

“This and other such indecent operational standard and unholy acts of public show of indecency must not be allowed in any hotel in Anambra.

“Government of Anambra hereby directs the management of Wintess Garden Hotel to shut-down operations pending further investigations and review of the application.”

The sex video, which was widely circulated, had been attributed to students of Nnamdi Azikiwe University, Awka, because of the proximity of the hotel to the campus.

Meanwhile, the institution had denied the involvement of its students in the act, insisting that school had not been in session, and that their students were not on campus.

In another report, the Students’ Union Government (SUG) of Nnamdi Azikiwe University, Awka (UNIZIK), has dissociated the students of the institution from a sex party that was held in a hotel close to the campus, last weekend.

Videos that had gone viral on social media which were sighted by The Eastern Updates last weekend showed male and female youths in a poolside party in a hotel in Awka, engaging in live sex, while spectators watched and filmed them.

The video sparked uproar on Monday when most commentators identified the participants to be students of Nnamdi Azikiwe University, Awka, who stayed back in their hostels, despite the strike by the Academic Staff Union of Universities (ASUU).