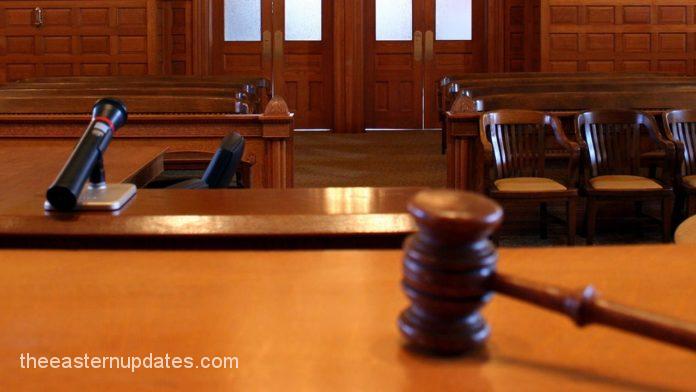 A 25-year-old man whose name was given as Chidiebere Okorie, who was accused of sexually assaulting four underage boys was yesterday afternoon arraigned before the Children and Sexual Offences court in Anambra State.

The victims, whose ages were given as between eight and 14 years old, were said to have allegedly been defiled by Okorie in July this year.

The accused man, who was arraigned in court was charged with unlawful sexual intercourse.

According to the charge sheet read in court to the accused which was obtained by The Eastern Updates, it said: ‘That you Chidiebere Okorie from Ogboji town in Orumba South, on July 10, 2022, within Ogboji had unlawful sexual intercourse with four underage boys by inserting your penis into their anus.

‘You thereby committed an offence punishable under Section 3 paragraph 2 of the Violence Against Persons Prohibition (VAPP) Law of Anambra State 2017.’

The accused, however, pleaded not guilty to the four-count charge of sexual assault.

Counsel to the defendant prayed the court to grant the accused bail, but the Prosecuting Counsel, Mrs Amara Amilo opposed the bail applications saying that it was a serious offence.

Chief Magistrate, Genevieve Osakwe ordered that the accused be remanded at a correctional centre in the state.