3 Police Officers Gunned Down By Unknown Gunmen In Enugu 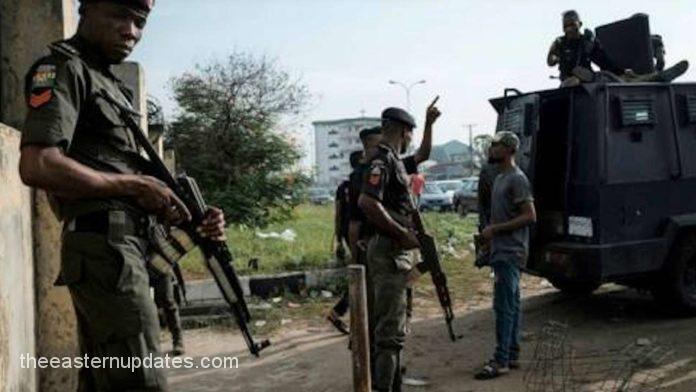 Some three police officers of the Nigerian Police have been shot dead by some yet to be identified gunmen in Enugu state.

The Enugu state police command had also revealed that the officers had been on night patrol when they were gunned down.

Daniel Ndukwe, the command’s spokesperson, said the incident occurred at about 10:15pm on Wednesday.

According to him, the gunmen, who were in a Lexus Jeep had opened fire on the moving police patrol van, along Chime Avenue, New Haven, Enugu.

“This development led to three police operatives sustaining severe gunshot wounds and later confirmed dead at the hospital,” he said.

The police spokesperson added that the command is already on the trail of the attackers.

“Intensive manhunt operation is ongoing to fish out the assailants,” he said.

Ndukwe said more information on the incident would be made available to the public, and assured that the assailants would be apprehended soon.

In another report, the family of an Assistant Superintendent of Police, Victor Uwadinachi, have lamented over his disappearance on his way to the police headquarters in Ikeja, Lagos State.

The Eastern Updates gathered that Uwadinachi, who was recently moved to the Abia State Police Command, boarded a bus from Umuahia to Lagos State on an official visit.

The policeman was said to have embarked on the journey to get his document at the Lagos State Police Command in a bid to transfer it to Abia State.

Uwadinachi’s family lawyer, Anozie Emelike, who spoke to our correspondent on Tuesday, said the bus driver, Christian Ekweme, was conveying the policeman alongside other passengers to Lagos when they got to an illegal checkpoint around the Orsu/Nkwere Orlu Road.

He narrated the gunmen, upon discovering that Uwadinachi was a policeman, allegedly shot him, adding that the gunmen ordered the driver to continue the journey, leaving Uwadinachi for dead.